How Do I Target Big Carp?

Catching bigger and bigger fish is one of the main motivators for any carp angler and trying to improve one’s personal best is an ongoing quest. You could just trust your luck, however, if catching big carp is what motivates you, then going about it specifically gives you a better chance of success.

Is it possible to only catch big carp?

Unfortunately not. Carp are carp no matter what their size and, in reality, fish over say 30lb are not that different to mid doubles. They’ll eat a similar diet, hold up in the same weed beds and probably follow the same winds but there are things you can do to tip the balance in favour of catching larger fish. 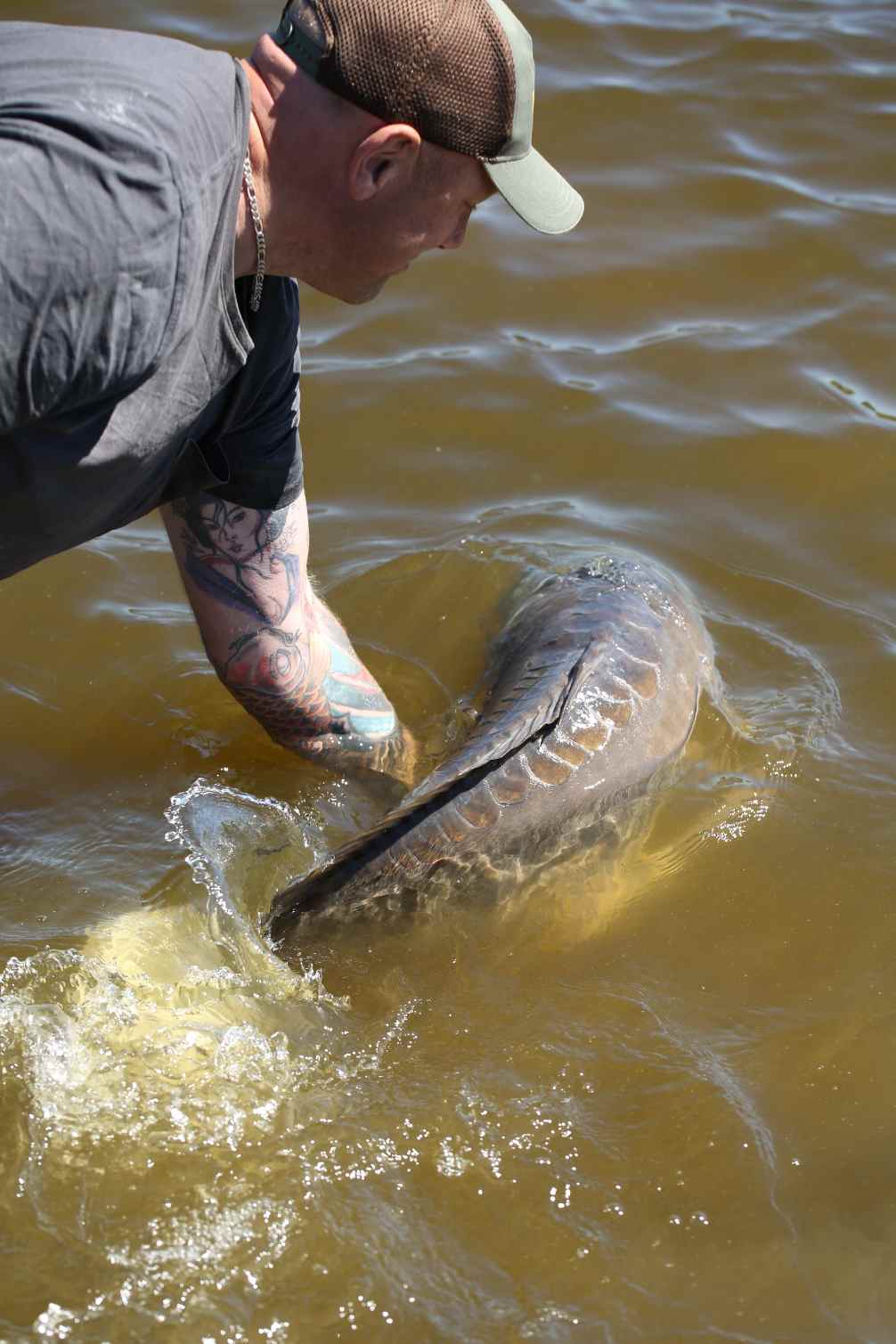 Select a lake which is know to hold large carp

Whether you are carp fishing in France or in the UK, the one thing that will have the biggest influence on the size of carp you catch is choice of venue. Obviously you can’t catch a 40lber from a lake that holds fish to mid twenties. The more big girls the water contains, the greater chance of you latching onto one or two of them. Look for a lake with a number of “A” team members rather than just one or two targets to give you a realistic prospect. Let’s imagine a venue contains 150 carp with three over the 30lb barrier. The odds are 50–1 against a landed carp being one we crave, whereas if that water held fifteen better fish then one-in-ten will be getting us all excited. 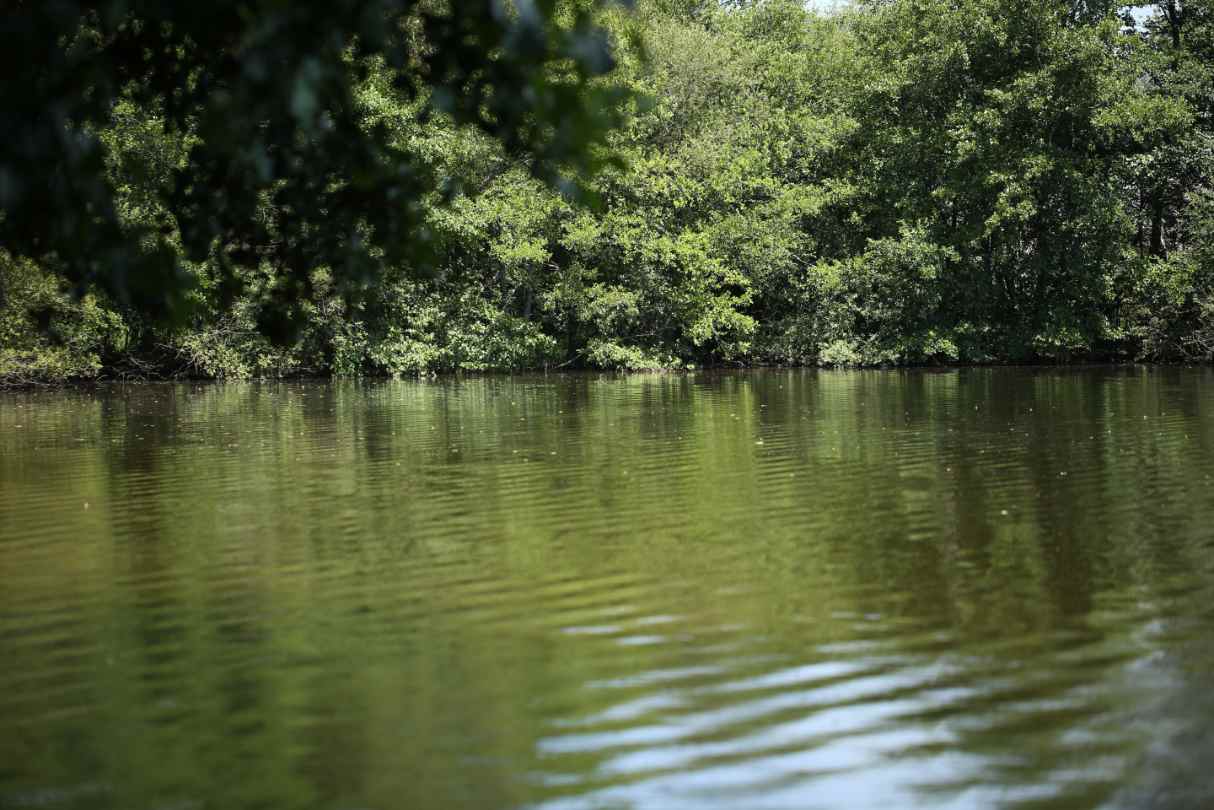 Many of these types of water will be syndicates and might be a bit more expensive than a club ticket. Popular ones could well operate a waiting list so it’ll pay to plan ahead and get your name down. Doing some research and getting yourself on the right water will put you in prime position to catch the carp of your dreams.

Are waters with bigger carp harder?

Not necessarily although the likelihood is that there will be fewer fish present when the residents are big. It stands to reason that, were a lake capable of supporting 200 x 20lb carp it would be suited to fewer if they were mid 30s. Some waters are richer than others and it is all variable however, should you be going down the big fish route, then you can expect less action than you’d get on runs waters. Carp grow big when there is an abundance of food and good water quality, both synonymous with lower stock waters. Although many of the angling aspects will be unchanged, targeting big carp requires a slightly different mindset as you won’t be getting as many bites as you used to.

What are big fish tactics different?

That’s a difficult one to answer and depends on your venue and outlook. Many anglers do well by playing the percentage game whilst others will opt for a more targeted approach. The numbers game is a very good way to begin with. Fishing for as many bites as possible will, over time, yield its share of the bigger ones. It keeps you engaged with the venue and its moods whilst catching regularly, helps to maintain confidence. This is particularly effective on waters with a high percentage of target fish. If your water is full of small carp with only a handful of good ones you could be in for a long wait.

Target specific areas of the lake

You could find it beneficial to look at specific parts of the venue. On some waters there are areas that seem to produce a high percentage of smaller carp. It’s rare to find features that hold only big carp but the opposite is quite often true. It might be a particularly shallow plateau, bay or area of open water that, although prolific, rarely produces any of the better ones and can be avoided on your quest for the big girls. Don’t write them off completely though as they will always be capable of a surprise. 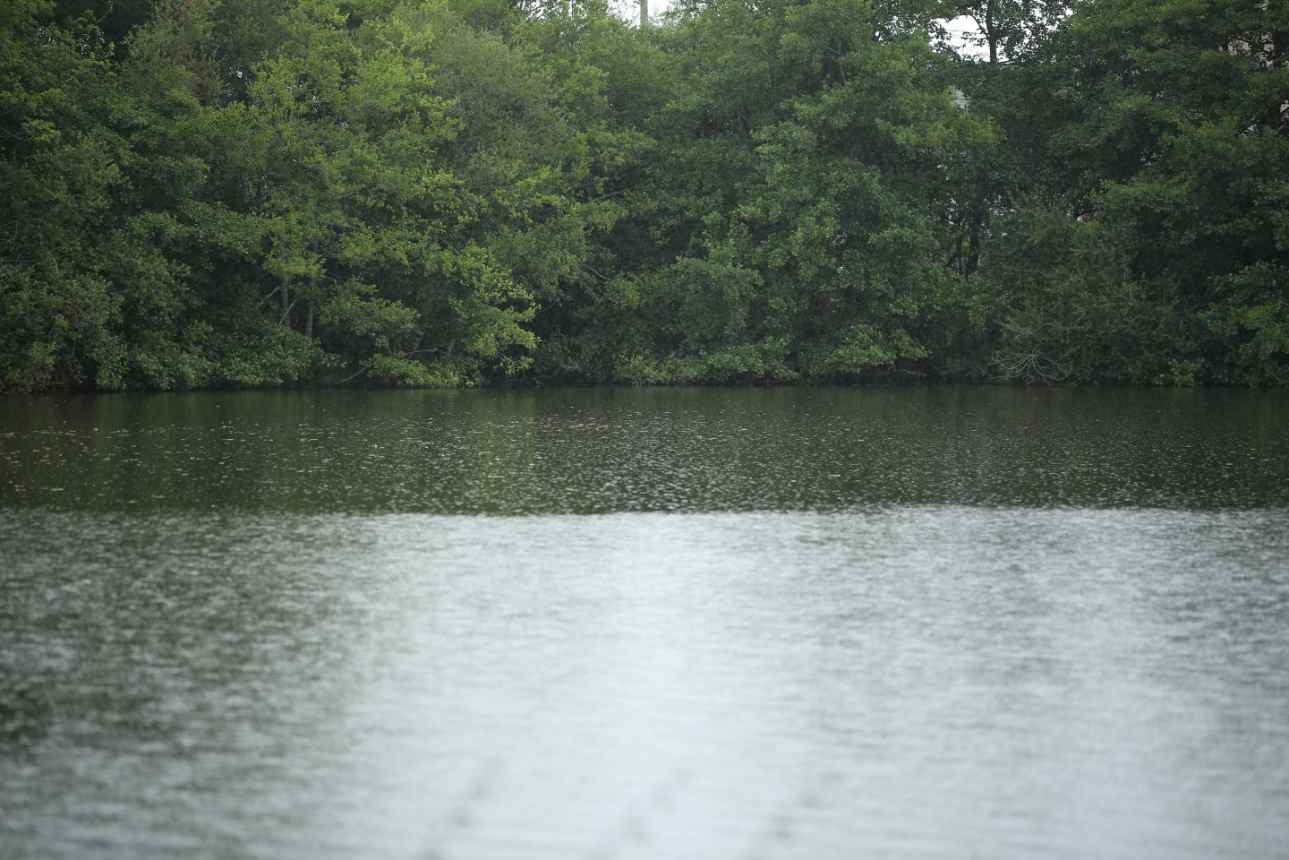 Study previous captures of large carp from your lake

On the other hand you will often notice a pattern with particular fish. This is most useful when there aren’t too many big ones in your water or you have only a few left to catch. Individual big carp will have a history and studying previous captures can yield vital clues. Talking to others and doing some research will often reveal that a particular individual gets caught three times a year from the reedy bay and only occasionally from other parts of the lake giving you an area to concentrate on. Try to get accurate information on captures though as folklore can lead you down the wrong path.

Can individual carp be targeted?

Oh yes. In fact, you can use their individual characteristics to tailor your approach. Some of the really big carp, especially the obliging ones, have attained their size by eating bait – lots of bait. If you’re after a carp called Gutbucket, Boilie Muncher, or The Pig it’s a fair bet that it’ll be a sucker for a heavily baited spot and boilie only tactics may be the way to go. 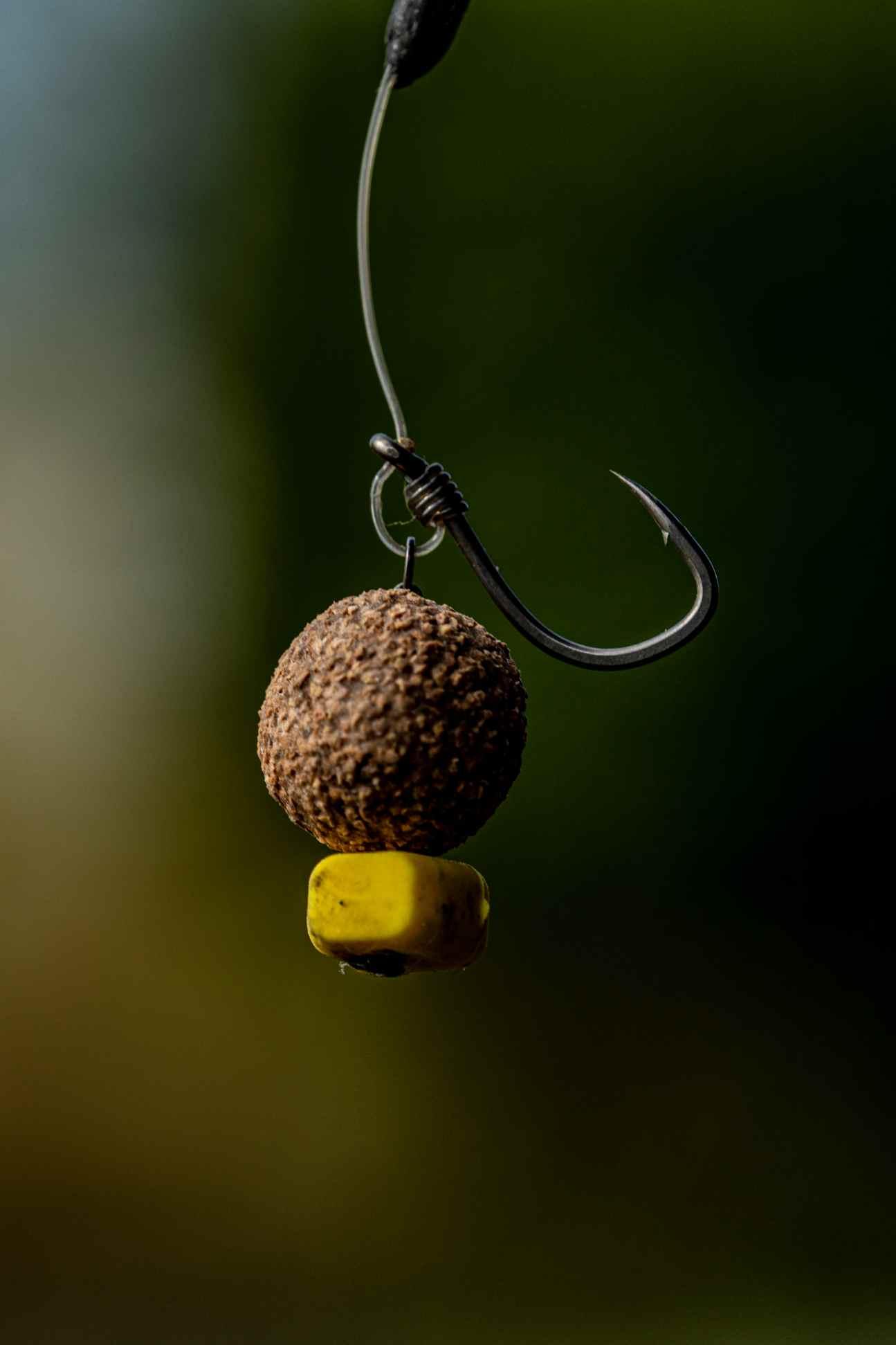 You might find that your quarry has a penchant for fishmeal boilies, trips up regularly on a single hook bait or is always one of the first on the surface, slurping down mixers. Again talking to others will reveal useful information. Sharing info with fellow anglers will usually help them to open up particularly when accompanied by an offer of a bank side brew.

So targeting big carp is quite different from the norm then?

Yes and no. It’s not necessarily about sitting it out in a certain swim, although that can work for those with the tenacity to see it through. All the carp angling skills you’ve learned along the way can still be relied upon. Observation and watercraft should always be your main guides and sightings can be invaluable. You might witness a dozen shows near an island in one swim but spot three big fish in the snags at the opposite end. Most will opt for the island but the angler with a big fish mindset will be heading for the snags without hesitation.

Are there certain rigs that are more effective for targeting big carp?

We’d still recommend using rigs that are appropriate to the situation but erring on the strong side will help to ensure the big carp you hook end up in your net. Some presentations do seem to be particularly successful for big carp. Theoretically, high blatant pop-up rigs and the more industrial presentations are noticeable to a smaller fish but are less apparent to a larger, clumsier one. Whether this is true or not is open for debate although there is no denying the fact that Chods, Stiff Hinge Rigs and D Rigs catch more than their share of “bigguns”.

I’m definitely ready to go after a big one now.

Whilst you can utilise these tactics to enhance your chances of landing bigger fish, don’t lose sight of your angling instinct. Get yourself on a water with a head of good carp, fish hard and go catch yourself a monster! 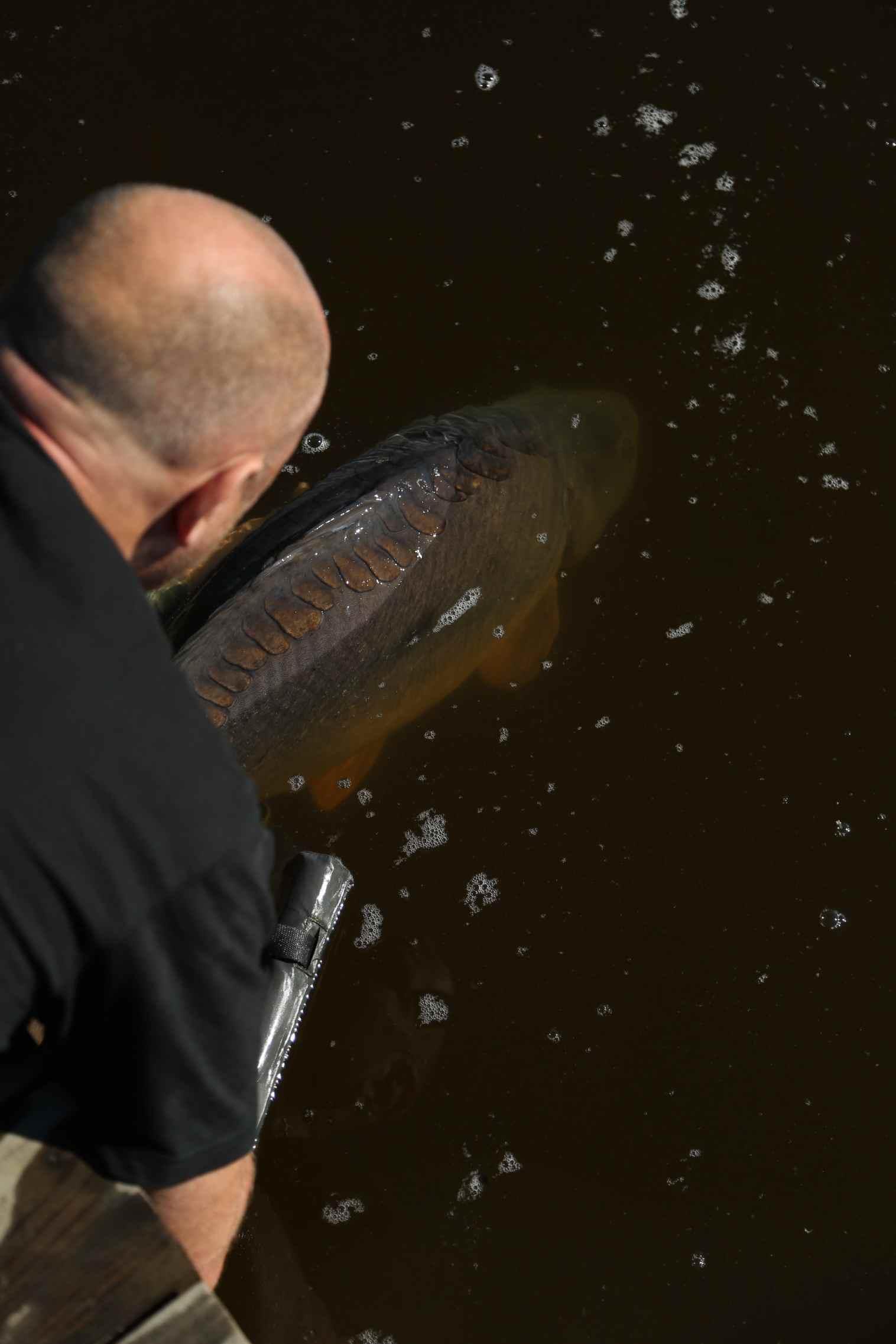