Pros and cons of fishing with braided mainline

Braided lines have certain advantages over mono but the reverse is also true and they might not be the answer to your particular circumstances. Mono is probably better as an all round option but braid is far superior under certain circumstances. 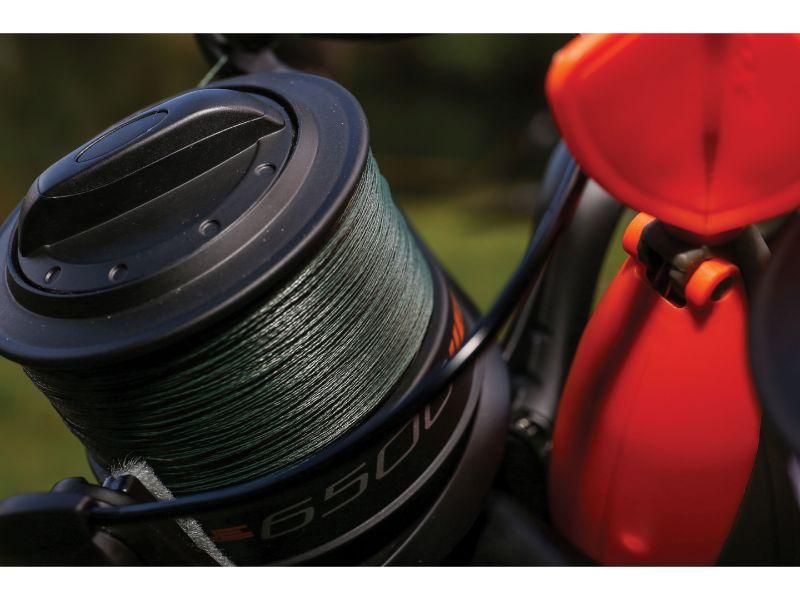 Okay. When is braid better?

Braid can prove advantageous in heavy weed as it is better able to cut through the fronds. It has greater resistance to abrasion too and stands up to the rigours of fishing in weed. The major difference between braid and mono is its lack of stretch. This makes feeling the lead and deciphering the lake bed’s feedback child’s play. Mono’s elasticity can leave you guessing as to what you’ve landed on whereas with braid there’s no doubt.

It assists with bite indication making it well suited to long-range angling as well as snag fishing, where instant indication is preferable. The absence of stretch can make snag fishing safer too as a hooked carp is unable to gain ground through give in the material. You’ll feel more in direct contact during the fight, which in weed, can be a great benefit. Some braids are little more than half the diameter of equivalent mono and, being very thin for their breaking strain, are perfectly suited to extreme-range casting.

What are the disadvantages of braid then?

The lack of stretch and low diameter combine to make a very efficient cheese wire, which although capable of cutting through weed, can also cut through flesh (fish and human!). Zero-stretch also means that there is no cushioning effect and great care needs to be taken so as not to tear hooks out during the fight. The battle is likely to be a more hairy experience than you may be familiar with and can take a bit of getting used to. Sudden pressure, such as that exerted during casting, can cause fine braids to snap without any stretch to absorb some of the strain.

Is there anything that can be done to mitigate those issues?

Indeed there is. Let’s look at casting first. A hard cast can result in a finger cut to the bone but a leather finger stall or casting glove will eliminate the chance of this occurring. Ensuring the clutch is done up tight stops any slippage causing a sawing action. The other option is to add a monofilament leader to the set up, which is kinder on the skin. Leader knots tend to be a little complicated to tie so it’s worth learning a good one such as the Mahin, if you’re going to use braid extensively. 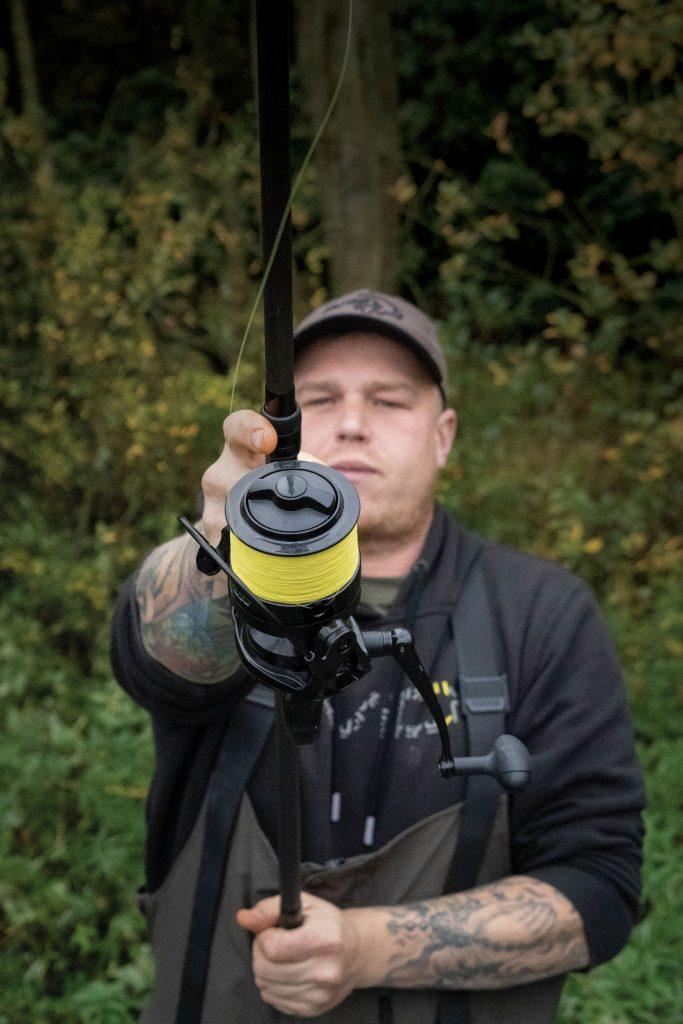 Are there other benefits of using a leader?

Yes, and the leader has other benefits too. It adds an element of cushioning, making playing fish in the margins less hairy. In addition it keeps the fine braid well away from the carps’ flanks so it’s less likely to lift scales or cut into them in the event of a breakage.

It could be if not used with care. You shouldn’t fish “naked” like you can with mono and fluorocarbon as there is a risk of a fine, non-stretch material causing damage. Your set-up should always incorporate some thicker material such as tubing, leadcore, lead-free or maybe a fused leader in order to protect fishes’ flanks. Another factor with braid is that it lasts a long, long time as it won’t rot in the same way as mono. Consequently it is essential that you use gear that is up to the job. Braid’s longevity is one of its bonuses but not if it’s cracked off and attached to a carp!

Yes it is. Braid is much more expensive than mono or copolymer lines however, they don’t need to be changed anywhere near so often and some will last years. Braid possesses no stiffness or memory, unlike nylon so doesn’t kink nor suffer with twist. This means that it can be reversed by winding it onto a spare spool giving you twice as much use and better value for money.

Different braids possess different attributes so, first off, you’ll want to look at why you want to use it and what issues you are trying to surmount. Picking the wrong one could make things worse so do consider what you want to achieve and look at which ones will help you do that.

Take the difference between sinking and floating braid. The super strong Dyneema used to manufacture braids are very buoyant and other, heavier materials need to be woven in to make a braid sink. This in-turn increases the diameter to such an extent that is approaching the thickness of the equivalent strength monofilament. Possibly the most common reason for changing to a braided line is for fishing at distance but, in this situation, there would be no advantage in opting for a sinking one. Choosing a much thinner, floating example would be a far more appropriate as the slicker profile would reduce friction giving greater casting potential.

Conversely if you’re looking at braid to use at short- to medium-range in weed then a thick, sinking one will give superior abrasion resistance and toughness whilst its sinking qualities will make it far more subtle. Weedy waters tend to be clear and a line floating blatantly above it is far from ideal.

If you fish a variety of waters with a range of scenarios it might pay to have two sets of spools. One loaded with a sinking braid for general use and a slim, floating or neutrally buoyant version for long-range work.

What about the different colours available?

As we’ve just touched on, a floating braid can be very visible and, so can a sinking one. The thing is, unlike translucent monos and fluorocarbons, braid is of solid colour and as such is far more apparent to the eye. In order to minimise visibility it is more important to choose your shade of braid wisely, according to the type of lake bed and conditions in which it to be used, in order to maintain camouflage. Be aware that many braids will fade after time.

What else do I need to be careful of?

Pay extra attention to your clutch settings and keep your rod set-up secure as, without stretch, there is nothing to absorb pressure on a violent take and you don’t want to have your rod pulled in. This is important during the fight too, especially if it’s a boat battle. Say you’re afloat with a weeded carp on the end and your clutch done up tight as you try and extract it. You’ll need quick reactions to adjust your clutch the moment it is free as, should it make a savage bolt for cover, it could end in disaster.

Whilst the lack of effect of twist can make braid a dream to use it does have its issues. Wind knots for instance can make life miserable. With patience the occasional one can be unpicked by working a baiting needle into the knot, loosening it and slowly reversing the tangle. Repeated wind knots and frap ups, however, are extremely frustrating and a sign that something is wrong. The chief cause is too much line on the spool. It is easily dealt with by under-filling by a couple of millimetres, which all but eliminates it. Splashing the spool to wet the braid, prior to casting seems to keep wind knots away too.

Anything else we should know?

It’s worth realising that braid isn’t for everyone. Playing fish will feel different and not everybody likes feeling every twist and turn. However, many appreciate all the advantages of having no stretch and have converted to using braid exclusively. Keep an eye on venue rules as there are places that don’t permit its use and make sure to use it safely. So long as you consider the scenario in which you are fishing and use a line appropriate to your angling then there’s every reason you can use braid.