Locating the optimal carp feeding spots – “a spot within a spot”

I’ve heard people talk about fishing on the “spot within a spot” but I’ve got no idea what they mean.

Well, you’re not alone. It’s completely understandable because the phrase is one that’s only come into usage fairly recently. It’s also one that is a little esoteric and interpreted differently by different people. In addition, it can be used in a slightly superior or elitist way, in a similar vein to “If you know, you know” or “Well if you don’t know, I’m not telling you”.

So what do they mean then?

In essence, it’s just a more precise way of defining a position. Using gradations of size any lake bed can be divided into zones, then areas, spots and, if we go one further a “spot within a spot”. Why on earth isn’t it called a “point within a spot”! As a generalisation, we could think of someone saying “I didn’t know which swim to pick but knew I wanted to be in that zone. You can put three rods, say ten yards apart and you’ve got them all in an area. 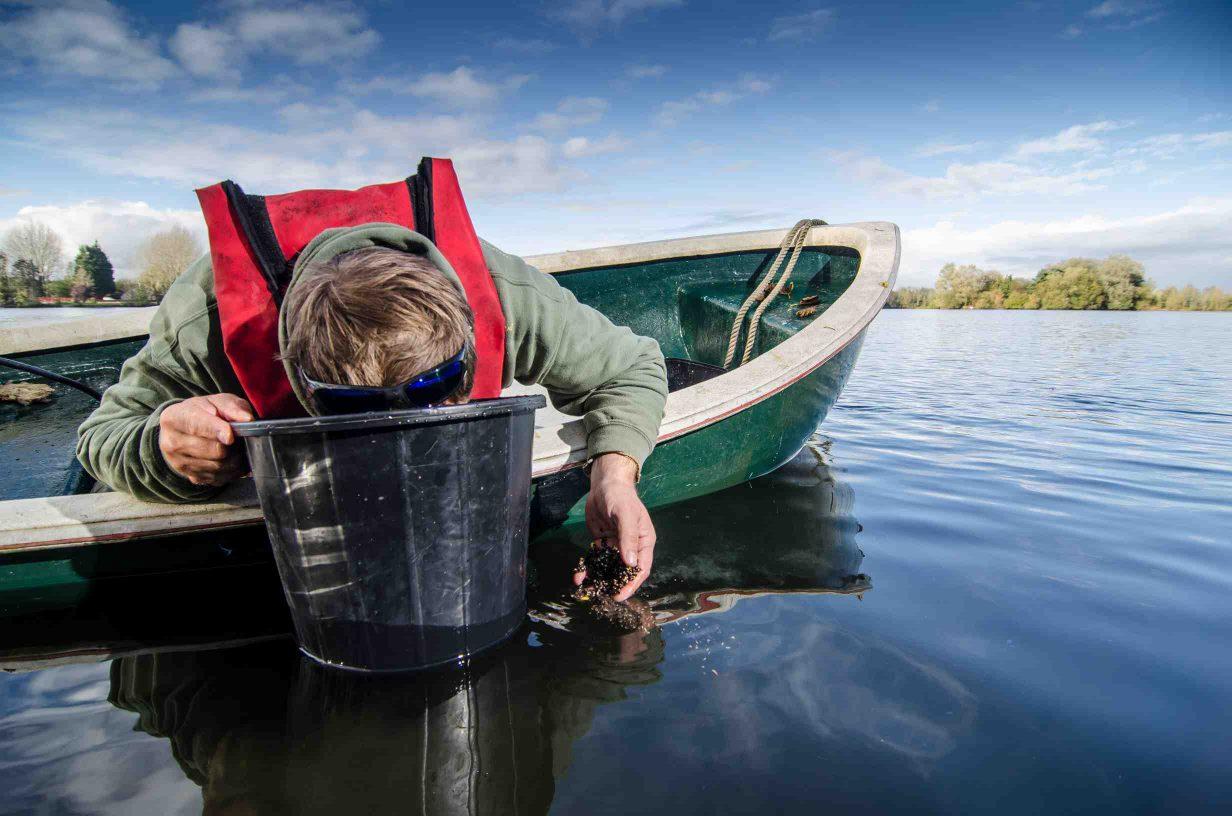 If you’re accurate you might fish three rods on a spot but it wouldn’t be possible to get three on a “spot within a spot” as it’s physically just too small.
When anglers refer to “a spot within a spot” they are generally talking about a specific place and are referring to the very best, position to place a hookbait.

Do you really catch more carp fishing such a precise spot?

It might or it might not. There are too many variables to answer with any authority. Being on exactly the right bit of the lake bed could make the difference between a blank and a bite. More likely is that it will get you a bite more quickly than otherwise or enable you to catch several fish instead of just one or two. Aiming to fish on a precise small feeding spot is unlikely to do your cause any harm though and could make you feel a little more confident. 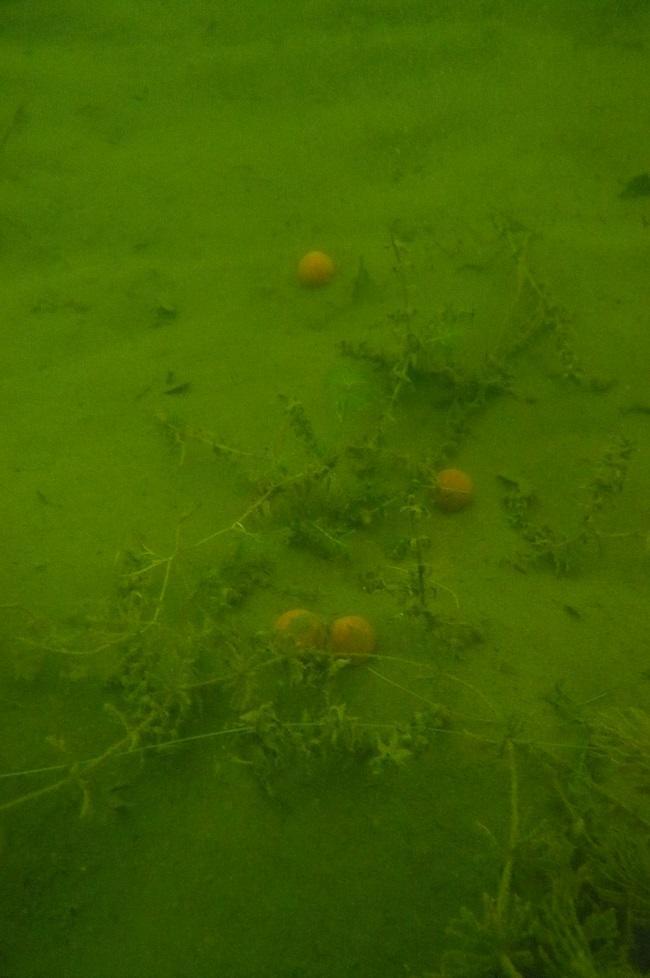 water clarity is key to identifying where carp have fed

In what situations is it beneficial to fish to a “spot within a spot”?

We need to set expectations first as the concept isn’t one that can be applied every time you go fishing. In fact, it is only going to appertain to certain, fairly specific situations. Most of the time, although the concept of the “spot within a spot” might apply, it will be of little practical advantage.

Shall we dispel some myths and get rid of some of the nonsense that gets bandied around? If someone tells you they are casting a hundred yards to a “spot within a spot” you might want to take it with a pinch of salt. The chances are they’re pulling your” leg and having a laugh or testing your reaction. Maybe they haven’t completely grasped the idea or are even deluded. You never know though and it’s even possible they possess superhuman carp fishing powers! That might be a bit unfair as there are a handful of anglers that are astonishingly accurate. They are exponents of the method of fishing all their rods tight together and can cast three a mere two or three feet apart, at range, and bait on a sixpence, over the top. When they’re getting lots of bites and one of those rods is outscoring the other two it is, arguably, on a “spot within a spot”.

Locating a “spot within a spot” in the margin?

In the first instance, it’s easiest to explain fishing on a precise pinpoint piece of the lake bed in the context of close-up work and stalking carp in the margins. We’re about talking the sort of situations where you can see the bottom. You are at a distinct advantage when you are able discern the exact nature of the spot, its size, shape, the substrate as well as surrounding area. That advantage is multiplied when it’s possible to make out where on the spot your lead and rig land. 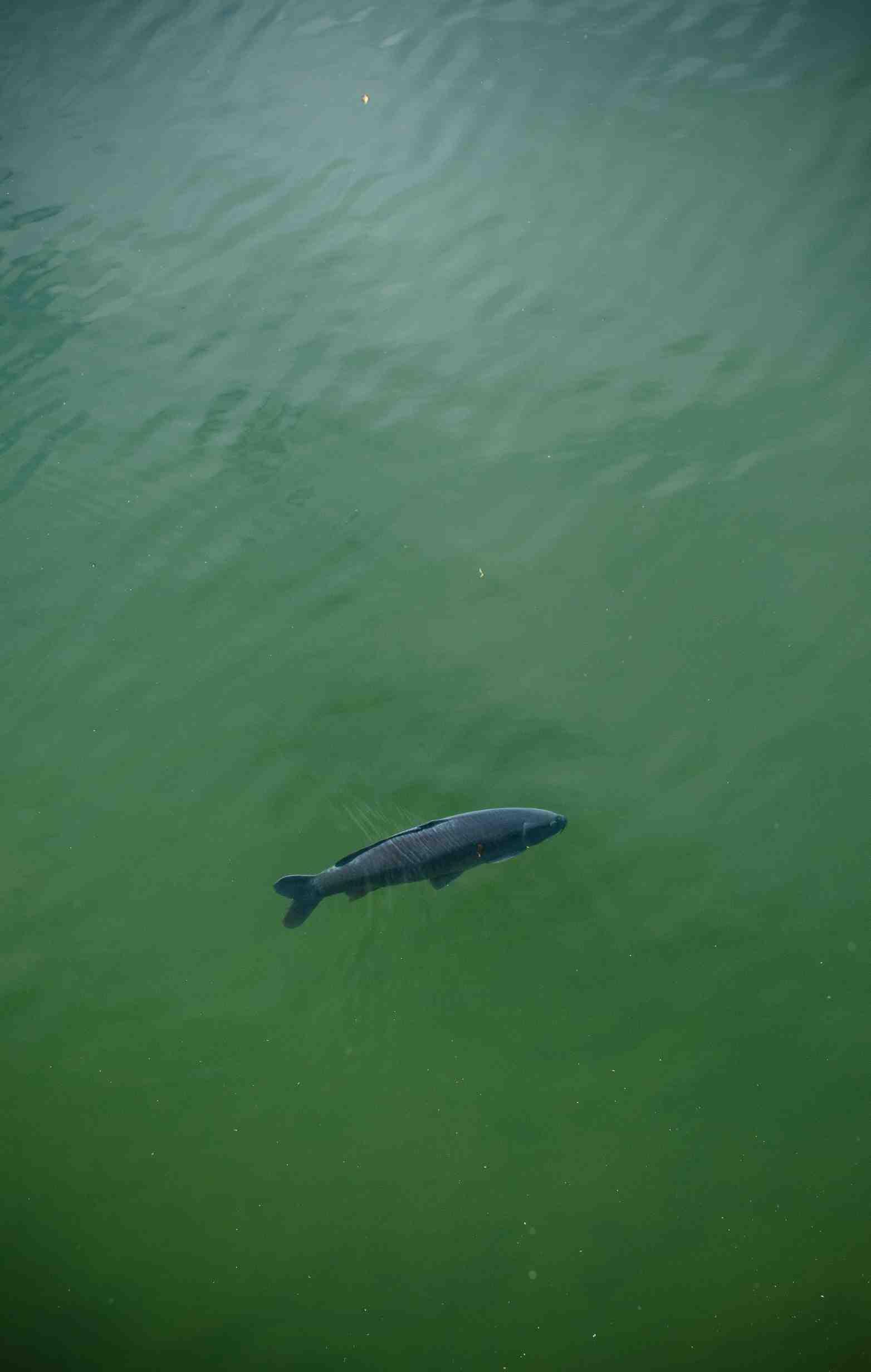 Can I fish a precise feeding area if i can’t see the bottom of the lake?

Imagine you find and study a gravel patch on the far margin, know exactly where you’d like your rig to be and cast over to it, feeling the lead down onto it. The crack of the lead hitting the gravel tells you you’re on the spot but, unless you can actually see the lead on the bottom, you’ll not know whether you’re on the “spot within the spot” or merely somewhere on the cleaned-off area.

It’s possible to apply anywhere you can either observe the lead on the lake bed or, even if it’s not visible in situ, track its descent through the water column far enough to know precisely where it has landed. You can even do it by feel if there is a discernible difference in the feedback from the bit you want your lead to land on. There are plenty of situations in which the concept of the “spot within a spot” can be used to enhance our chances effectively.

What are some examples of fishing the optimal feeding spot?

Watching carp feed in the edge

The most obvious one is stalking when you are actively looking for carp in the edge. You might have speculatively baited a few clear spots or found some carp close to the bank and given them a couple of handfuls to feed upon. Either way, if the situation is such that you’re ready to put a rig in front of them you’ll have been watching their activities for a while and almost certainly know exactly where you want to set your trap.

It is similar in any marginal situation, where visibility is such that you can make out the detail. Now, that needn’t necessarily be the near margin. Casting over to an adjacent or opposing bank can give you the opportunity to cast onto the bank and then lower a rig down with the aid of a spare rod. Alternatively, you could use a baiting pole to place both the rig and free bait, absolutely on the money. 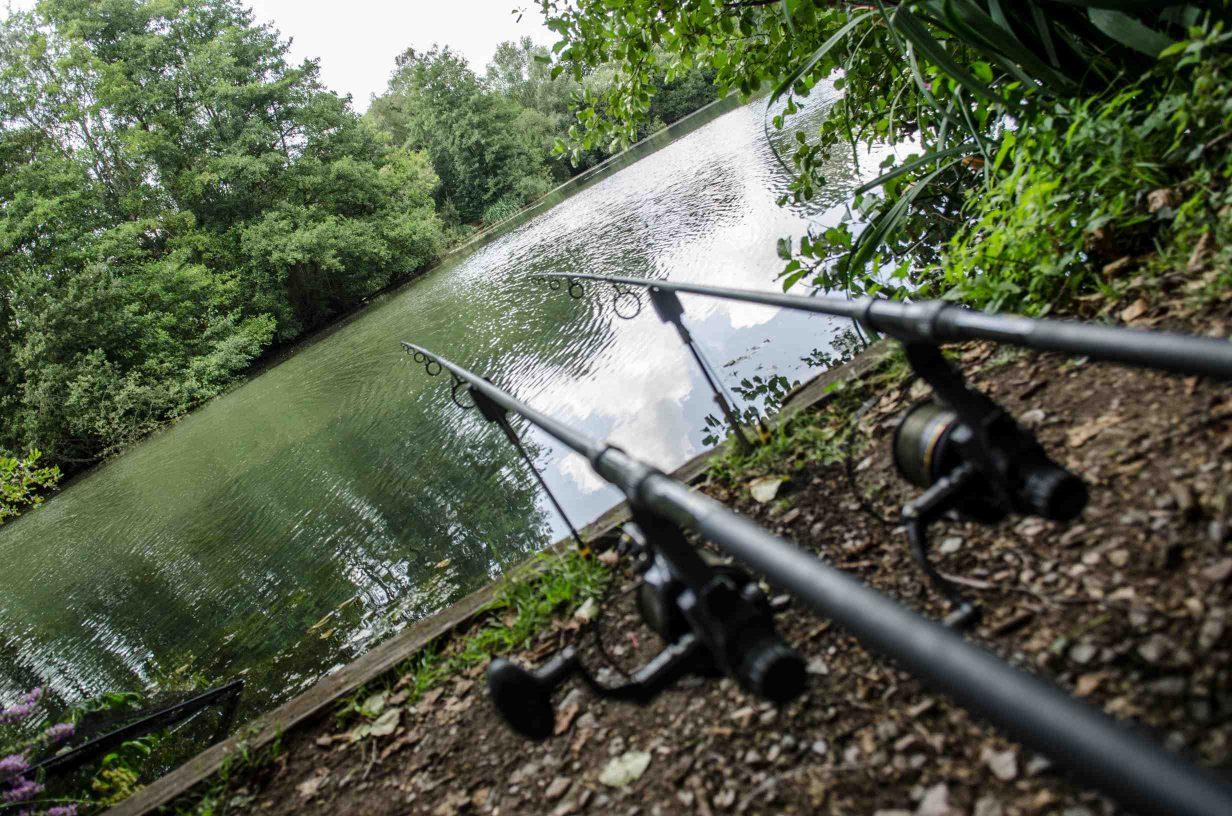 Provided you are willing to put in the effort you can even apply the principle in situations where this is not quite possible and the only choice is to cast in the conventional manner. Bankside vegetation might prevent you from precision rig placement but, so long as visibility is good enough, you can run round and see where the rig has landed and re-cast as many times as necessary. Although you probably won’t want to use a fluoro pop-up in the margins a slightly paler hook bait or adding a little bright topper will aid in identifying the rig.

Another example of a situation where you can realistically fish on a “spot within a spot” is when wading baits out. Mostly this will be along margins, although it is common practice to wade out into the lake on some shallow venues. As well as being able obtain the perfect line lay you can also place your rig right on the button. Wading puts you in a fantastic position to carry out detailed investigation of the spot but beware not to take too long about it. It doesn’t take much to cloud the water and movement nearby will soon reduce the visibility to practically zero.