A Brief History of Boilies

Long gone are the days of par boiled new potato’s side hooked and flung out into the lake in the hope a passing carp might show interest.

Nowadays, one of the most effective and established baits in carp fishing is the boilie. With thousands of tonnes produced every year in the UK alone. It’s safe to say the humble boilie is here to stay, and they are big business due to how effective they are at catching carp.

You can spend hours and hours trawling through social media accounts and google searches looking at the insane number of different companies that are available these days. But none of this would have been possible if it wasn’t for a gentleman by the name of Fred Wilton. Back in the late 60s and early 70s paste baits were at the forefront of carp fishing, but they weren’t without their problems. The paste didn’t last long on the hook, they would break down quickly or get decimated by smaller “nuisance” species. Meaning you had to cast more regularly and in some instances you were left with a bare hook in double quick time.That’s where Fred Wilton comes into the picture

The Boilie was born

Fred worked out that by taking paste baits, adding egg and boiling them he could create a bait that contained all the high nutritional value (HNV) of the paste, that carp loved but with the added bonus of changing the structure of it during the boiling process. This led to the bait forming a tougher outer skin that allowed it to stay on the hook longer and subdue the veracious advances of the nuisance species.  The humble boilie was born.

Over the years there have been many different types of boilies produced from nut-based baits to the more recent craze of insect meal. But without a doubt, there are two that stand out head and shoulders above the rest, and they are milk protein and fishmeals.

Milk protein baits were among some of the first boilies produced. And their effectiveness was astounding; this is in part due to the ingredients used to make them. Things like Casein, lactalbumin calcium caseinate. These were found to be irresistible to carp. Fast-forward to the modern day these baits have come a long way with very clever people sourcing other ingredients such a Milk B and calf meal replacer which is used in bovine feed to grow on the young cattle and fulfil their growth potential quickly. Not only are these baits irresistible to the carp, but they aid them in getting big quick. A fine example of this is DT Baits  Cold Water Green Beast. That brings us onto fishmeals. These were championed by anglers such as the great Rod Hutchins. The complex amino acid profile of these baits mimic the signals given off by elements of the carps natural diet. It’s well-known that at certain times of the year carp will predate on fry which goes some way in explaining why fishmeals are so effective. It’s important to remember that currently our seas are in a terrible state with fish stocks at an all time low due to large-scale commercial overfishing. That’s why it is essential when purchasing a fishmeal bait it should be ethically sourced from sustainable stocks. DT baits Pukka fish mix is made with this in mind. The fishmeal mix is used in the Peach and Sour Cream, Oily Chicken and the Fish Blood and Orange. Like all their baits, quality is key and whether it’s the base mix or the additives, it has all been meticulously sourced from the finest manufacturers to ensure all products are among the best on the market.

With bait being such a critical element of any carp anglers armoury make sure to choose wisely and be confident in what you use. #believeinbait 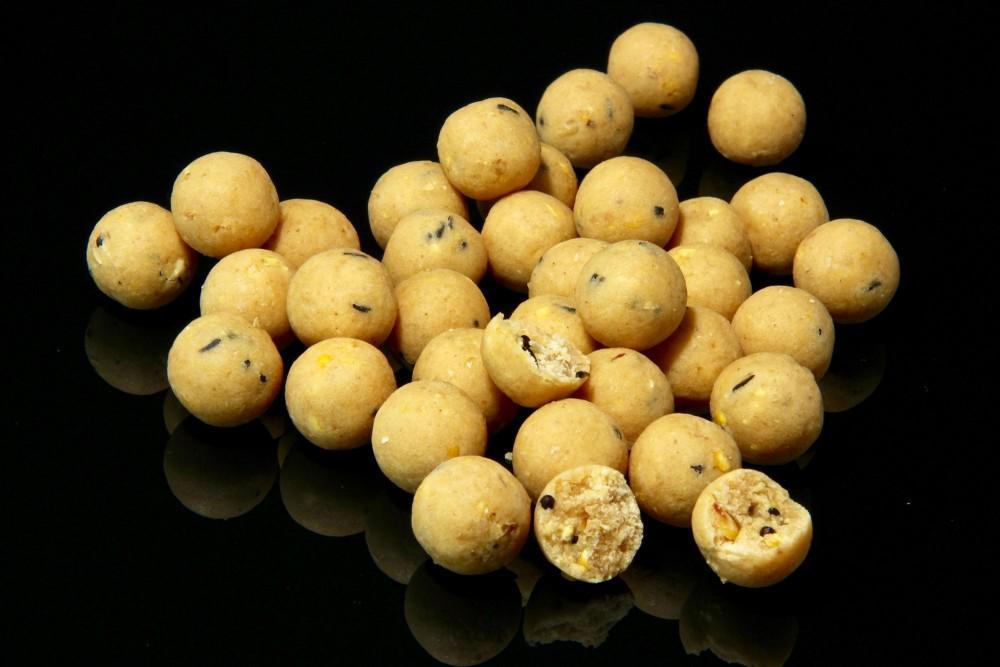