What’s the history of the Stiff Hinged Rig?

There can be no denying the long-term success that many anglers have achieved whilst utilising the Stiff Hinged Rig. Lewis Read and Terry Hearn developed the rig from a less refined version that was being used on the Yateley lakes and it has never lost its popularity or effectiveness over the intervening years. 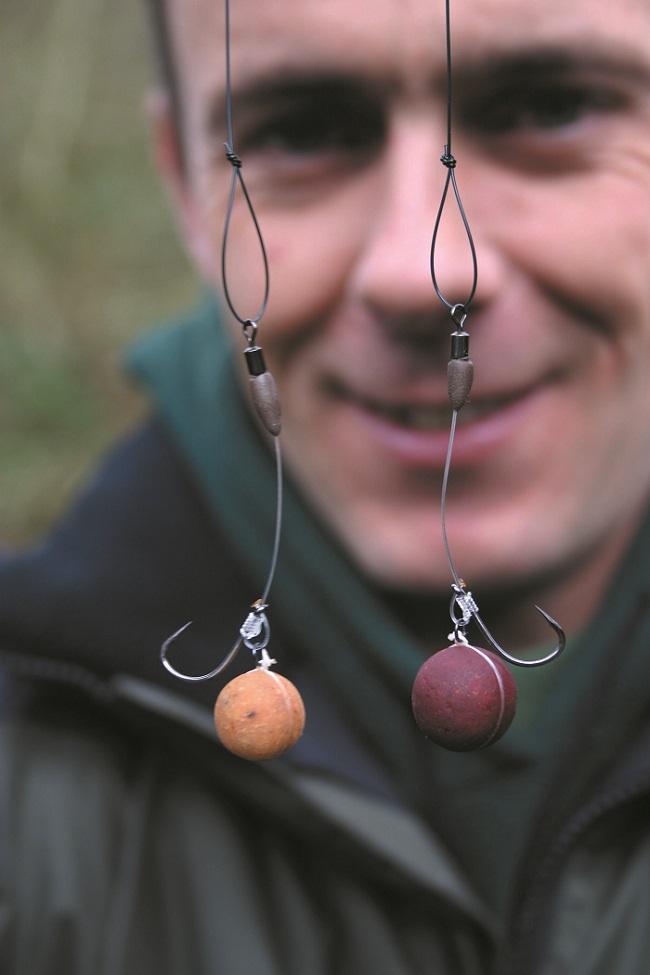 Why is it so widely used then?

That’s down to a few things. Firstly it has caught an awful lot of carp for an awful lot of people. It’s a rig that really does trip them up, courtesy of the inherent stiffness of the hook link, which seems to make it very difficult for carp to eject the hookbait once ingested. Furthermore it resists tangles and will reset if spat out so it will still be fishing effectively for most of the time effectively. Another of its attributes is that it provides an excellent hooked-to-landed ratio. With the hook pointing down and its ability to turn it nearly always finds a purchase in the centre of the bottom lip, the ideal target area for a secure hook hold. Couple this with the extremely strong and robust materials used for its construction and you’ve got a set-up that can be relied upon to land the vast majority of fish hooked. Additionally it is what is termed a ‘big fish rig’ appearing to possess an uncanny knack of putting large carp on the bank. 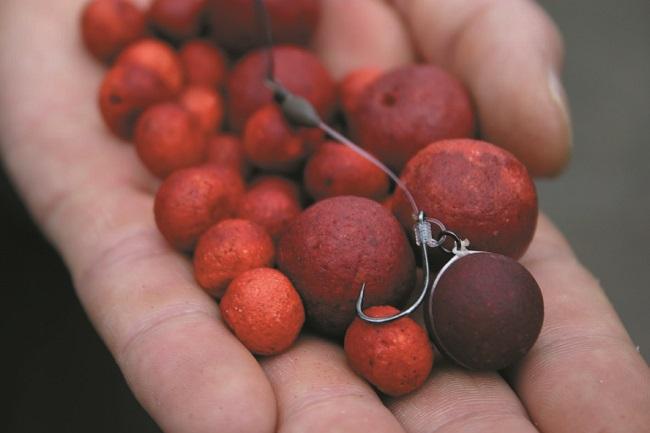 Doesn’t work for the smaller ones?

Now, clearly there aren’t really any set-ups that are only capable of catching larger carp whilst going untouched by the lesser specimens. In fact, so efficient is the Stiff Hinged Rig that it nails pretty much everything that takes the hookbait, including tench, bream and roach. Its big fish credentials owe much to the fact that is rather blatant. A big hook attached to thick, stiff nylon, presented two- or three-inches off the bottom will neither appear not behave very naturally making it less likely to fool smaller, more delicate fish. If they take it they’ll be in trouble but they won’t fall for it so often as a big lump of a carp will.

Is it a versatile rig to use?

Yes and no. It’ll suit a good few situations but there are some in which something else might be more suitable. It works best when presented on a helicopter arrangement as the stiff boom can sit up at an awkward angle, compromising the presentation, if it is used on an inline, lead clip or running set-up. It can be presented over a variety of lakebeds and gravel, clay, sand, firm silt or any other clean bottom are ideal. Soft silt and short weed are also within the Stiff Hinged Rig’s remit with a slight adjustment. The top bead of the helicopter set-up can be slid up the leader/tubing to permit the hooklink swivel some travel allowing it to sit on top of the weed or silt while the lead is able to penetrate. 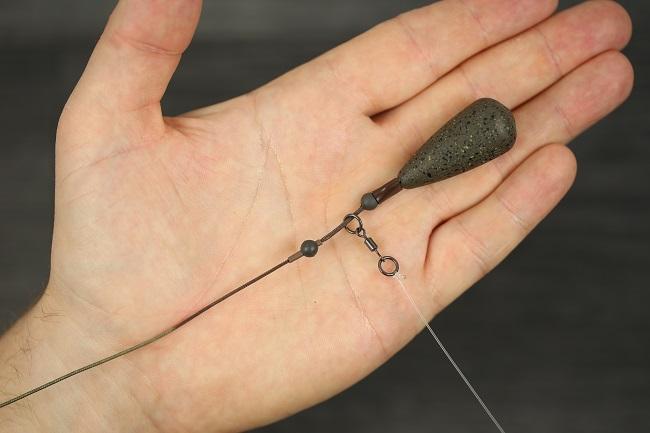 It is much better suited to fishing over boilies than particles. A bed of seeds, pellet or other mass bait encourages fish to feed a certain way, hoovering up with their mouths close to the lake bed so a pop-up two-inches higher could well be ignored. A boilie only scenario is a better proposition in which to employ the Stiff Hinged Rig and so much the better if your bait is spread over a wide area. The blatant, high pop-up will stick out like a sore thumb over a tight baiting pattern so it is preferable to utilise a baiting pattern that encourages carp to move between mouthfuls. 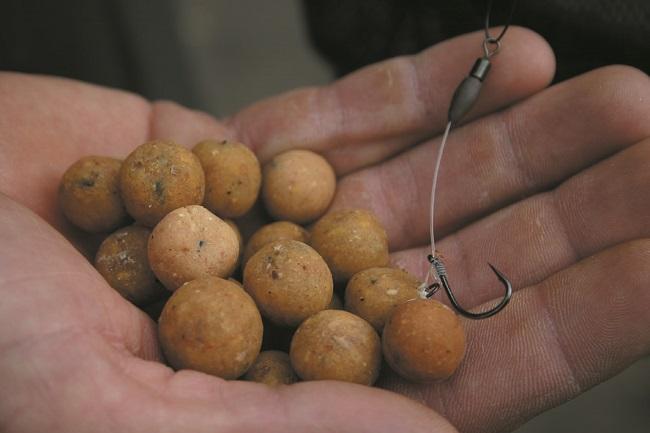 How easy is it to tie?

It’s not the simplest of rigs and has a few components so it isn’t the easiest of rigs to tie but it’s not too difficult to master. There are two distinct parts to the rig and it is a useful, time saving ploy to carry several of the stiff hook sections ready tied leaving only the boom section to manufacture on the bank. 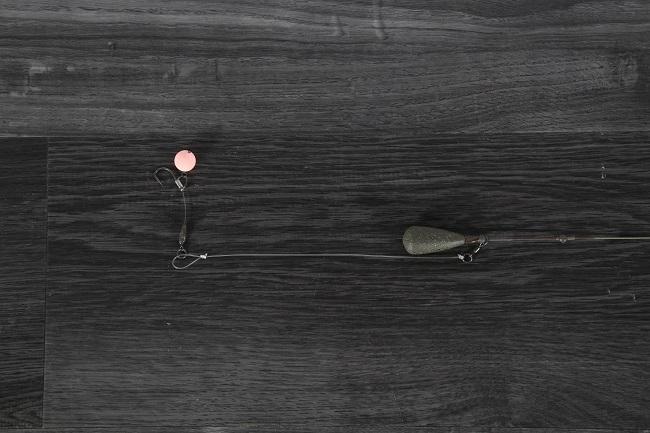 How are the hook sections tied then?

A stiff, high memory material or filament is used to retain the desired curve and be very awkward to spit out. The stiffer this part the better so 20lb or 25lb is best. A six-turn Knotless Knot is a simple, strong and consistent one to use to connect the hook, which must have a large out-turned eye in order for the stiff material to sit nice and straight without closing off the gape. Most manufacturers have one in their range, usually described as Chod Hooks. A size 5 is about right for a 15mm pop-up with a 6 or 4 for smaller and bigger hookbaits. A rig ring or bait screw is placed over the knot’s tag end which is then poked back through the eye and the end blobbed with a flame to prevent it pulling out. This gives a ‘D’ for the pop-up to slide on and should be at least 5mm diameter to maintain free movement of the bait. For a step by step guide of how to tie the hinged stiff rig click here

The other end of the stiff section is tied to a size 12 ring swivel (swivel end), usually with a Three-Turn Blood Knot. Whilst this isn’t the strongest option these materials are vastly underrated and will still be easily strong enough to cope. Tie it short and it will lengthen as the knot is tightened down. You are looking to have around an inch and a half between swivel and eye, which should be curved to help the hook spin and take hold. Putty can be applied to the swivel in order to counterbalance the presentation. A good starting point would be for it to take around a second or two to sink.

What about the boom?

For the boom section the world is your oyster as far as material is concerned. There are many purpose-made mono ones available and 30lb fluorocarbon is also a good choice. Stiff, semi-stiff and even soft coated braids are also popular with the softer ones sitting better over choddy ground. As a guide the cleaner the lakebed the stiffer the hooklink. These softer materials are also better if you want to use a lead clip. The link is knotted with a Grinner (or Palomar for fluorocarbon) to the ring of the size 12 ring swivel. The other end is attached to a size 8 ring swivel. Make sure it’s tied to the swivel end though as the ring is required to slide freely and safely on the leader. It’s important to have plenty of free movement here so a figure of eight loop knot is employed. Seven- or eight-inches is the norm but there is scope to go a bit longer.

Whilst the Stiff Hinged Rig isn’t suited to all circumstances it is one of the most reliable, tangle-free set-ups around. Hungry, heavily stocked, runs water aren’t the venues to benefit from the rig’s assets but if you are boilie fishing for a big one then there are few rigs that can match it in terms of effectiveness and reliability. Use it in the right circumstances and it’ll do you proud.