I’ve turned up at the lake so where should I start?

The simple answer is wherever you see fish. Carp location can be unfathomable at times and trying to guess their movements is always second best to actually witnessing them. Sometimes they are where we expect them to be however, just as often, they are somewhere else entirely. Time invested in finding them is rarely wasted and it is better to spend as long as necessary searching for them and honing your watercraft skills than to set up blindly in the hope that you are on fish.

How do winds influence carp location?

Okay, but if there’s a big southwesterly blowing we need to get on the end of it, don’t we? Maybe but it’s best treated as an area to investigate first as confirmation before setting up is desirable. Yes, the wind has an influence on the fish but not always in the way we foresee. On some waters they are known to back off if the wind becomes too strong and on others they can seem indifferent to it. Sometimes they’ll follow it for a short period or they might stay on the end of it for days. Basically carp, being wild creatures, do as they please and their behaviour is influenced by the weather so it’s best to approach the water with an open mind as to their whereabouts. 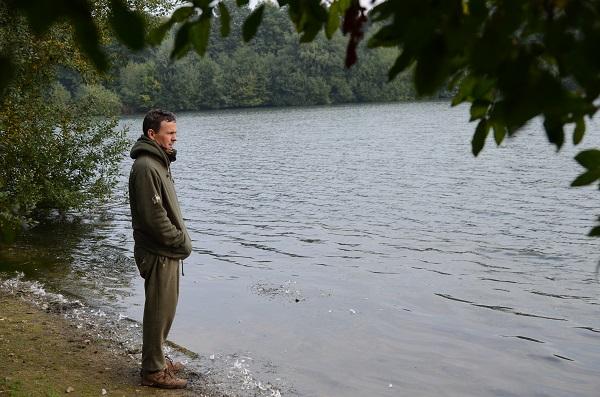 What signs to look out for


There are lots of signs that give away the location of carp and tell us where to fish for them. The most obvious of them is fish jumping clear of the water and crashing back in, providing a clear visual and audible beacon. Head and shouldering is another type of show when the carp partially exits the water before flopping over or gliding back in. Normally associated with feeding fish these aren’t as easy to spot as they are often silent meaning you’ll only see them if looking in the right area. Sometimes you’ll witness fish porpoising, especially when they are on the move. 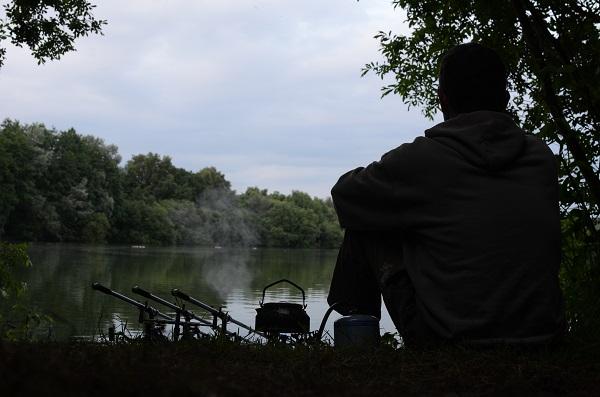 Another visible show is rolling. There is a disturbance on the surface as a carp rolls but not much of it is visible above. This is another encouraging sign as it could well signify feeding activity. Be on the lookout for a more subtle form of this when fish roll just beneath the surface the only visual clue being a vortex. If it’s choppy this will have the opposite effect and manifest as flat spot.

You may see fish basking on or near the surface, especially in warm, sunny weather. Look out for bow waves as they travel, parts of carp visible in the weed and the sun’s rays reflecting off exposed dorsal fins. Dark shapes stand out as they move across a pale lake bed so it’s worth scanning sand and gravel patches for them.

Are there certain lake features I should explore?


Yes there are but, if you keep an open mind, you should look anywhere and everywhere. Snags are a draw for carp, especially in the winter, but they use them in the summer too. Whilst they enjoy sunning themselves on the shallows in the warmer months they can still be found using them when it’s really cold. Features are good places to check out and see if there are fish in residence. Weed, reed beds, island margins and bars will all attract carp at some point but only observation will tell you when they are using which ones. 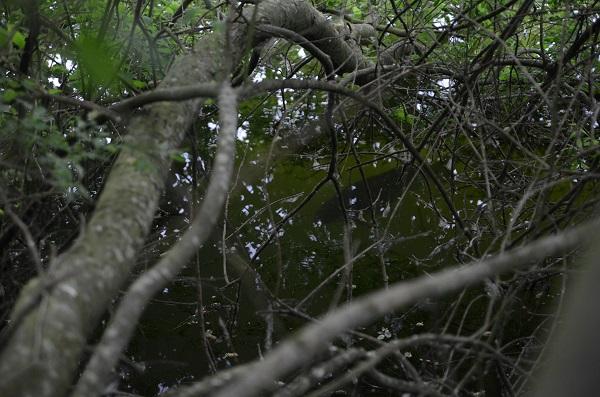 What if I can’t see any fish?

Hold on! There are lots of other things to look out for before setting up on a whim. Bubbling is one of the most encouraging clues to spot as it highlights the precise feeding area. It isn’t always caused by carp though so it’s helpful to watch the area to see if one shows. Bubbles that are static, particularly small subtle ones, could be tench. Beware of lines of bubbles also as these are most likely caused by fish of several species passing through weed or hitting bottom as they move. Several big, obvious patches of bubbles bursting on the surface, are what you really want to see as you can be reasonably sure you’ve stumbled upon a group of feeding carp. 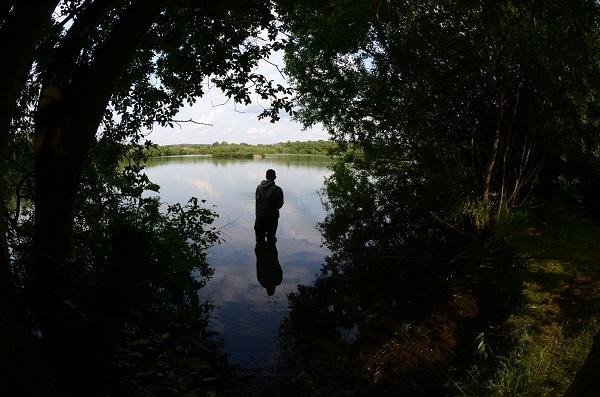 Another major giveaway is coloured water. Not the whole lake but patches or areas of milked up water caused by carp stirring up the silt as they feed are what you’re looking for. It’s not an obvious sign and is easy to miss to the untrained eye. Birds can give clues as to location too. Mallards panic a bit if they bump into a fish near the surface and coots are prone to spook if they see a big carp near to them, backpedalling or leaving a bit sharpish. Sometimes they spook if they dive and come across a fish whilst tufties will occasionally sit above carp without diving.

Is there anything that can help us see them?

Your best tools are the ones you have naturally. Your eyes and ears are the most effective aids at your disposal. It’s always a good idea to stop for a chat and a cuppa with a fellow angler as you may glean some vital information but do keep your eyes on the water as much as possible. Be careful with what you are told however as most don’t go to that much trouble to locate fish and might not have the full picture whilst others might deliberately steer you on the wrong track.

Climb trees if possible to gain a vantage point

Height is your friend when looking for fish and getting up above the water level enables you to see into the depths more easily. Embankments are a good substitute if safe climbing trees aren’t available. If you are scaling trees please do so carefully. Wear grippy trainers rather than clumpy boots and test branches before bearing your weight on them. It’s best not to commit both hands or feet to a single branch as spreading your weight is much safer. 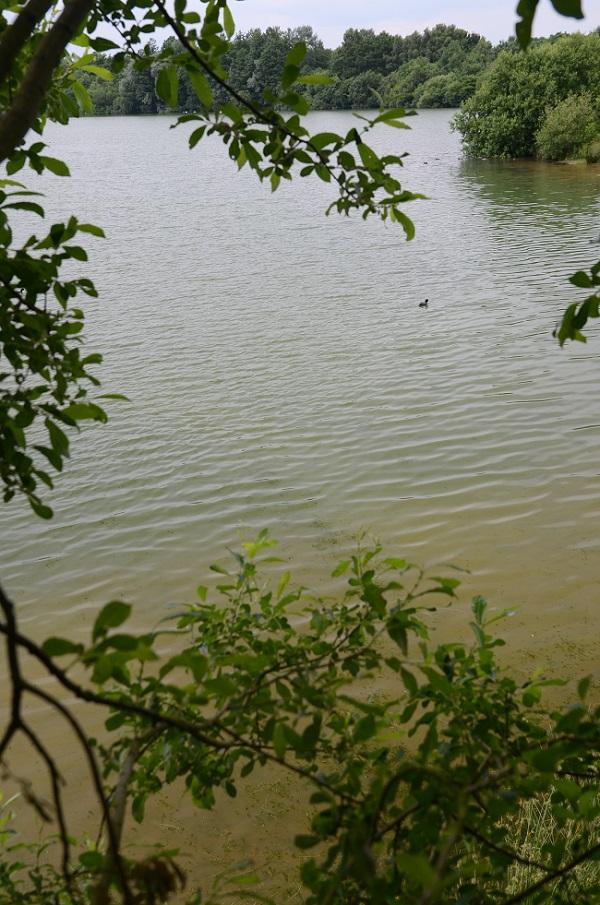 Now, there is one item that will aid your quest more than any other and that is a pair of polarized glasses. These reduce or eliminate surface glare making subsurface visibility possible. Mirrored blue or green lenses cut out most light and work for really bright sun whilst yellow lenses are better for dull days with grey or brown being the all rounders. Binoculars are also an asset, making it possible to spy bubbling and other subtle signs at range.

What time is best to look?

It’s essential to look whenever you turn up and certainly before choosing a swim but certain times of day are better than others. Early morning is generally the prime time to see fish showing but that can vary from lake to lake. The seasons also affect their activity and the onset of autumn often sees showtime move into the late evening. This is when listening out for them at night may help you. If it’s calm then waiting for the ripples to reach the bank will give you an idea of the direction and distance of the activity.

In fact, in flat conditions you may well be able to see close in the shows as if it were daylight. Reflected light from streetlamps, factory windows, masts, aerials etc will dance on the surface as it ripples in response to a show, helping to pinpoint night time activity.

That’s it. I’m not setting up until we’ve found them next time.

Glad to hear it! Setting up in a likely looking swim on the off chance should be a last resort as it’s a rare day indeed that the fish don’t give you anything to go on. Keep looking, listening and observing and you’ll gain a better understanding of your lake and its inhabitants. Nailing location before committing is a mindset rather that just good practice and it’ll stand you in good stead for years to come.