Perhaps not quite as well known as the Ronnie Rig, the 360 rig is nevertheless an extremely effective carp-catching tool. It has similar properties to the Ronnie in that it can rotate freely, though it is arguably slightly more agile, hence its name. Learning how to tie the 360 rig requires a little bit of care and attention on behalf of the angler using them. They suit a certain style of hook and need to be constructed carefully. 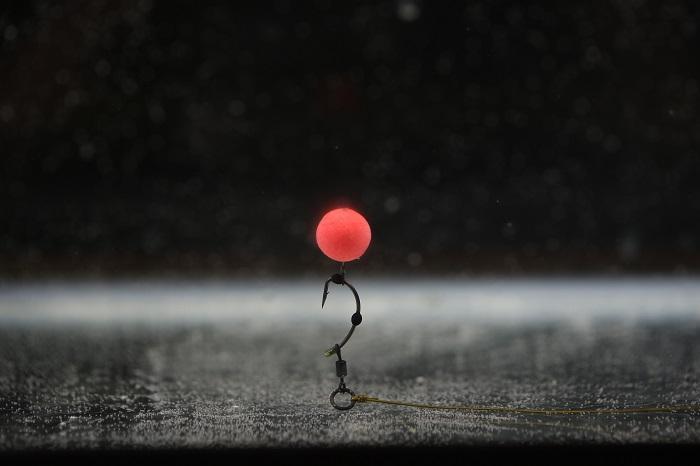 The 360 Rig needs to be carefully constructed

In essence, this rig relies on the hook being held in place by a ring swivel, with the ring end tied to the hooklink and the hook free to rotate and rise and fall within the confines of the swivel. It is this freedom of movement which makes it so effective, allowing the hook point to grab hold of the fish’s mouth no matter what direction it approaches the bait from. Unlike the Ronnie, which can spin but cannot oscillate, the 360 allows the hook to stay put while the hooklink lifts or drops.

A long shank curved hook is most effective

It is this property which requires the use of a certain hook. To get the most from this freedom of movement, a long shank hook is necessary, and most anglers prefer one with a sweeping or curved bend. These hooks are by definition longer and larger than many other patterns but they keep the bait suspended neatly off the lakebed and allow the rig mechanics to work fully.

The 360 rig is usually used when fishing pop-ups

360s are almost always deployed with pop-ups, though there is nothing to say you could not use one with a wafter or a bottom bait. However, be aware that having a bait lie next to this rig, rather than suspended above it, will reveal more of the metal work when a carp approaches from overhead, so may not be the most subtle of presentations.

Monitor your rig to ensure it is fishing safely

The 360 is banned on some venues and is disliked by some carp anglers, so it is important to consider its use. The exposed hook eye can snag in landing nets and put strain on the hook hold once you’ve landed a fish, though a piece of silicon or shrink tube over the eye solves this problem. The hook’s ability to slide up and down also has the potential to be problematic during a fight, so monitor your hook holds with care.

Step by step instructions of how to tie the 360 Rig

Take a curved long shank hook and thread the point through the swivel of the ring swivel. 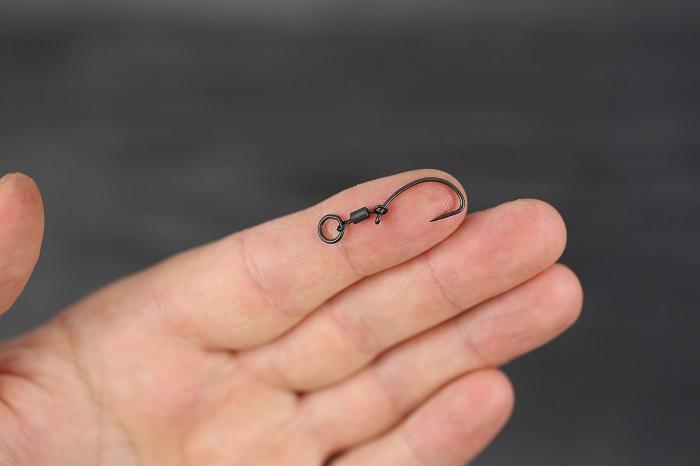 With the eye of the hook stopping one end from slipping out of the swivel, thread a hook bead onto the hook and slide it just past the bend.

Next slide a rig ring or rig swivel onto your hook and secure it by adding a second rig bead. 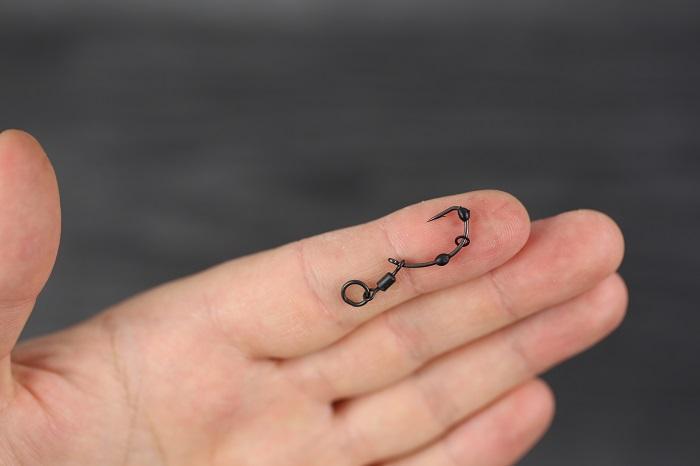 Create the boom section. Tie a coated braid or stiff mono/fluoro hooklink material to the larger ring of a ring swivel. 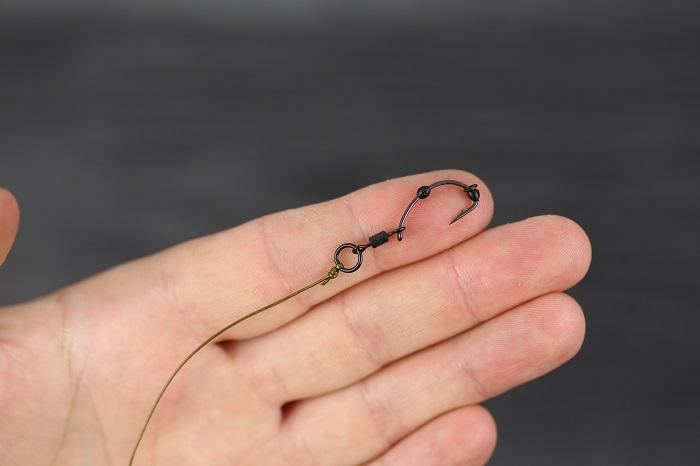 Take a small piece of shrink tubing and place it over the hook’s eye. Shrink it down with boiling water or a lighter. 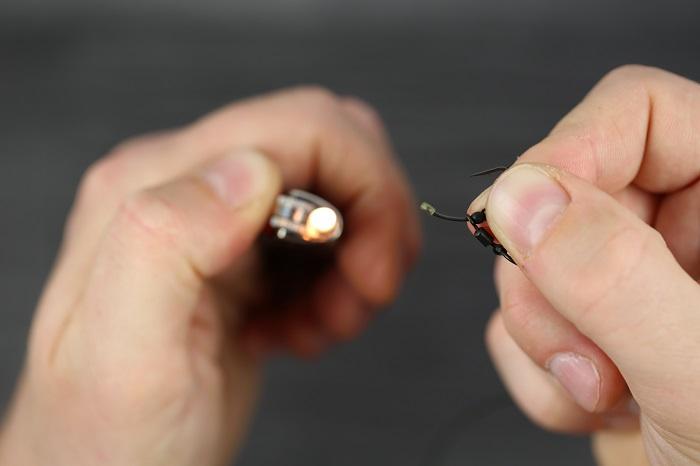 If you are using a rig ring, rather than a rig swivel, use a subtle braid to tie and overhand loop for the hair rig to attach your bait. 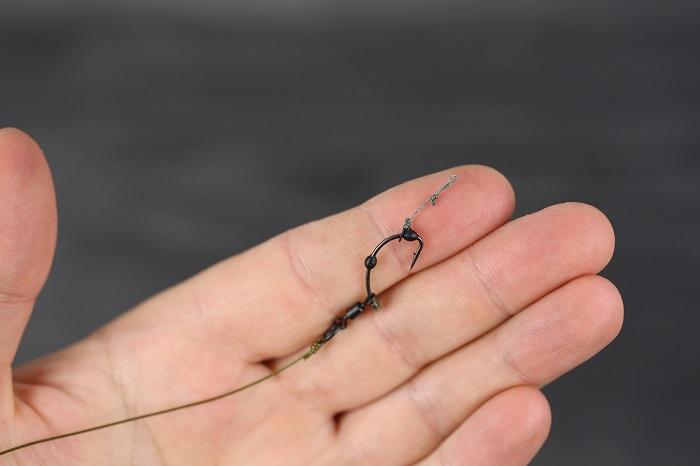 Tie your pop-up to the rig ring and make sure it balances with the ring. Putty can be added to the body of the ring swivel if needed. 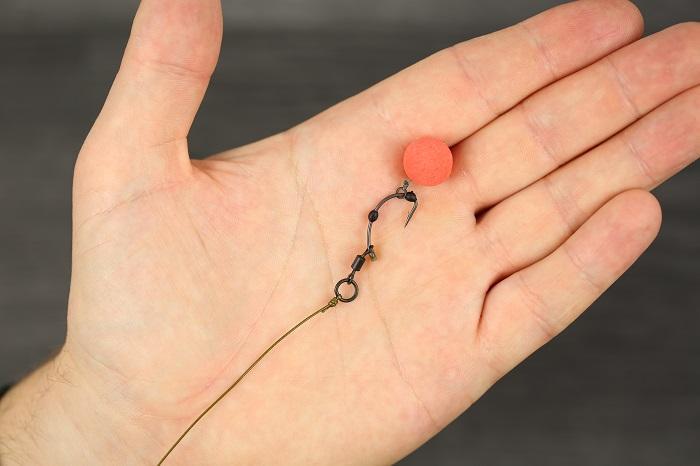