How to Tie the German Rig

One of the simplest rigs in carp fishing is also one of the most effective. Fans of this presentation love the way the German Rig ‘reacts’ quickly to being picked up by a fish, leading to rock-solid hookholds and fewer missed opportunities.

In this country, this setup was nicknamed the German Rig by Avid’s Mat Woods after he was shown it by his German friend – and top angler – Christian Kessler, and the moniker has stuck. Mat certainly doesn’t claim to have invented this rig, but he is a massive fan of it and was responsible for bringing its benefits to a wider audience. 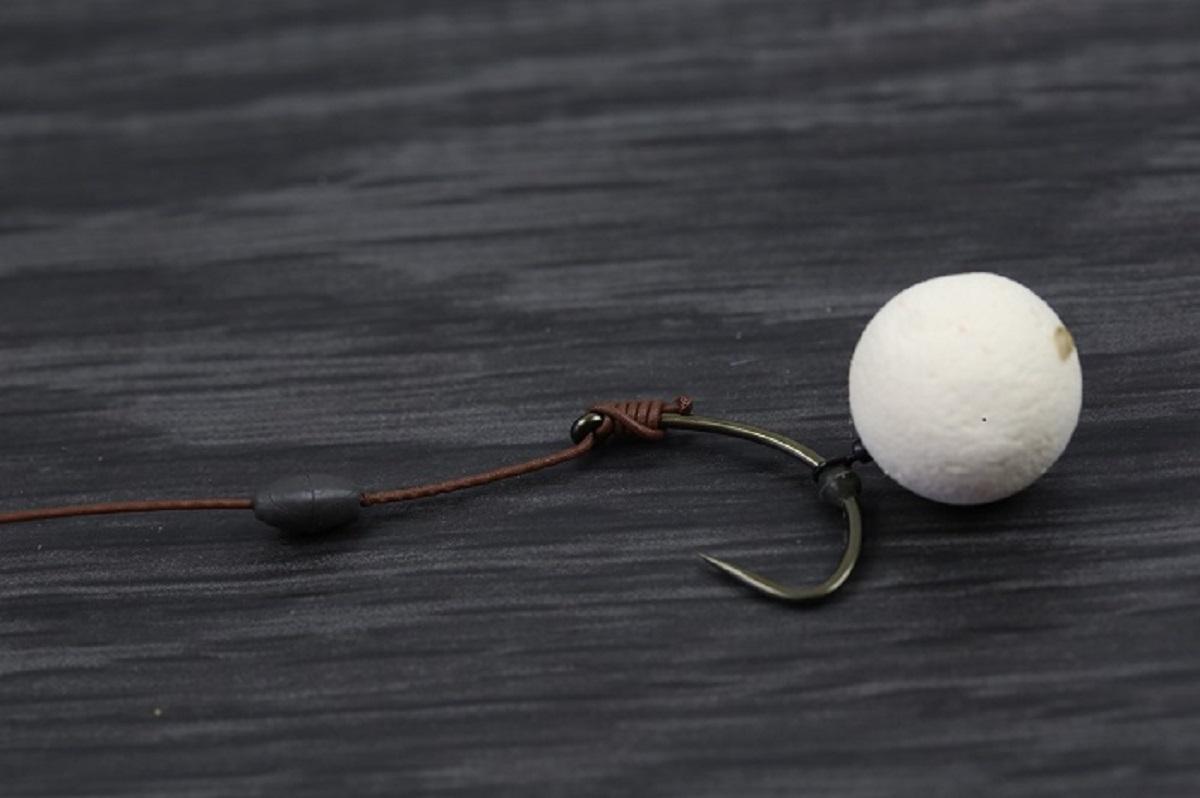 So what is the German Rig and what makes it so popular?

It is effectively a modern take on a classic stiff rig, but instead of being constructed from a wiry nylon, this rig relies on the properties of a coated braid. The rig harnesses the behaviour of these more advanced materials, which are used fully intact and have just the right level of stiffness for the mechanics to work. Effectively, the rig was born out of frustration with traditional combi rigs. Christian and his compatriots did not like the way the supple hook section could fold back on itself when a fish picked up the bait. Instead, with a fully coated braid and a bait mounted very close to the bend, the hook almost immediately sets itself in a talon-like position, ready to catch hold in the carp’s mouth.

The effect is created not only by the use of unstripped coated braid but also by the deployment of a curved-shank hook and a rig swivel on which to mount the bait. Crucially, a rig sinker, split shot or piece of putty is also needed about an inch or so below the hook to help drag that hook down as quickly as possible. The resultant combination is a very aggressive hooking arrangement that naturally wants to drop into the fish’s bottom lip hookpoint first.

A key detail that Mat Woods always advocates is to not use too many turns when attaching the hook with a knotless knot. Many anglers go with half a dozen or more turns of the hooklink material around the shank of the hook when tying a knotless knot, but with the German Rig Mat advocates just three or four to create an even greater angle between hook eye and hooklink.

He also sets his hook bead – which retains the sliding rig swivel – almost exactly opposite the point of the hook, further emphasising that aggressive stance.

Strength and size wise, the German Rig lends itself to the use of bigger hooks and perhaps slightly stronger coated braid than some other presentations. A size 4 hook is ideal with any bait larger than about 12mm. Because the hook will lie flat on the lakebed partially covered by the hookbait, such a large piece of metal is not as overgunned as you might think – and it will certainly aid the rig’s ability to take hold and stay put.

On a similar note, a 25lb coated braid seems to provide just about the perfect rigidity for this rig to work to its optimum level. It’s still nowhere near as stiff as the springy nylons used in old-fashioned stiff rigs, but rigid enough to keep the hook sitting in prime position once the bait is picked up. On softer lakebeds where the lead might dig in slightly, the use of 15lb coated braid might be more prudent for a more natural presentation.

The rig is best suited to wafters and bottom baits

When it comes to hookbaits, the German Rig is perfect for wafters or critically balanced boilies, but it also works with bottom baits and snowman presentations. It is not a rig for using with pop-ups, but you aren’t just limited by boilies – fake corn, tiger nuts and other non-spherical baits can be happily accommodated on the back of a German Rig.

Length of hooklink is often a subjective matter, but like so many other rigs it really depends on your baiting approach. Mat is happy to use this rig at just four or five inches when fishing over a tightly baited spot, or, if he’s scattering boilies, he will opt for something in the region of seven or eight inches because the fish are generally moving further between mouthfuls.

The German Rig works very well as a single-hookbait presentation, but it is certainly not hindered by the addition of a PVA mesh bag to add attraction around the hookbait and prevent the hook point from fouling on any debris.

In the face of more fashionable rigs like the Ronnie and the 360, the German has slightly drifted from the front of anglers’ minds recently, but if your angling situation calls for a wafter or a bottom bait then it is arguably the perfect partner to those en-vogue pop-up presentations.

What components do you need to tie the German rig?

Step by step instructions of how to tie the German rig

Start by pull off 14-inches of a semi-stiff coated braid and tie on a size 4 or 6 curve shank hook using a Knotless Knot. Trim the tag end and then blob with a lighter for extra security. 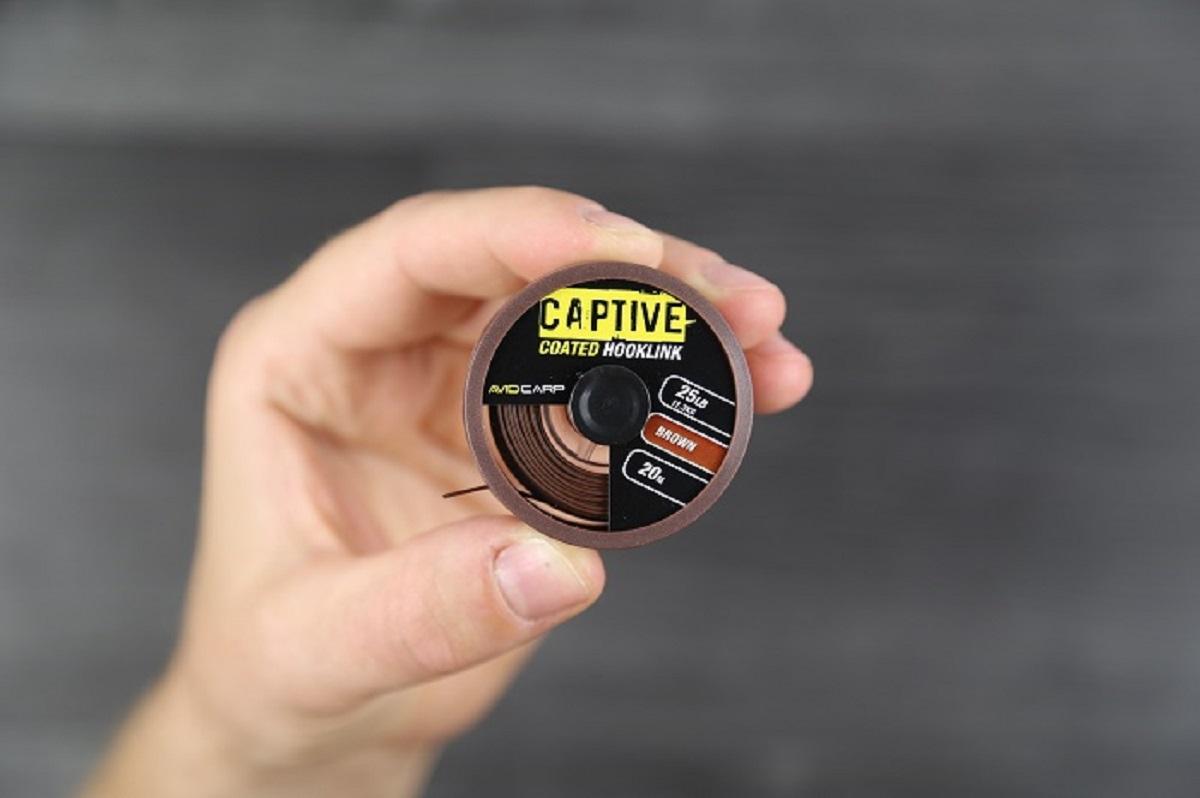 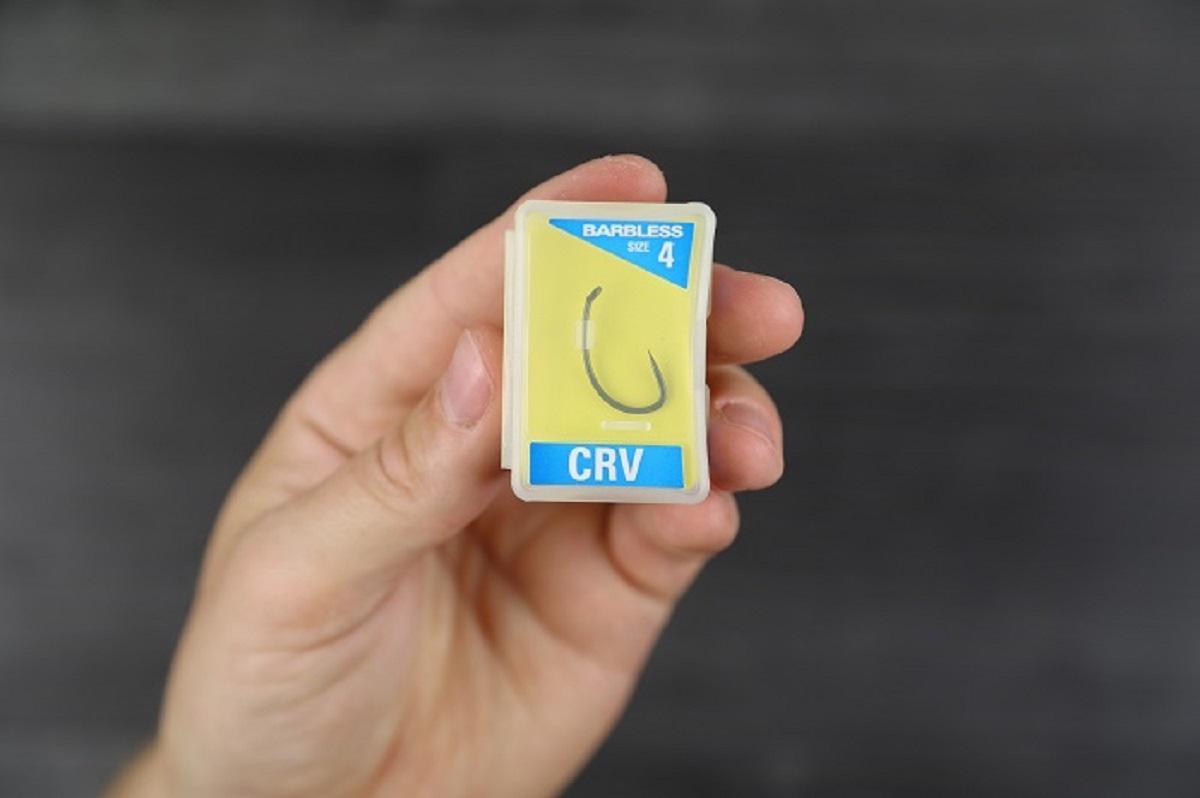 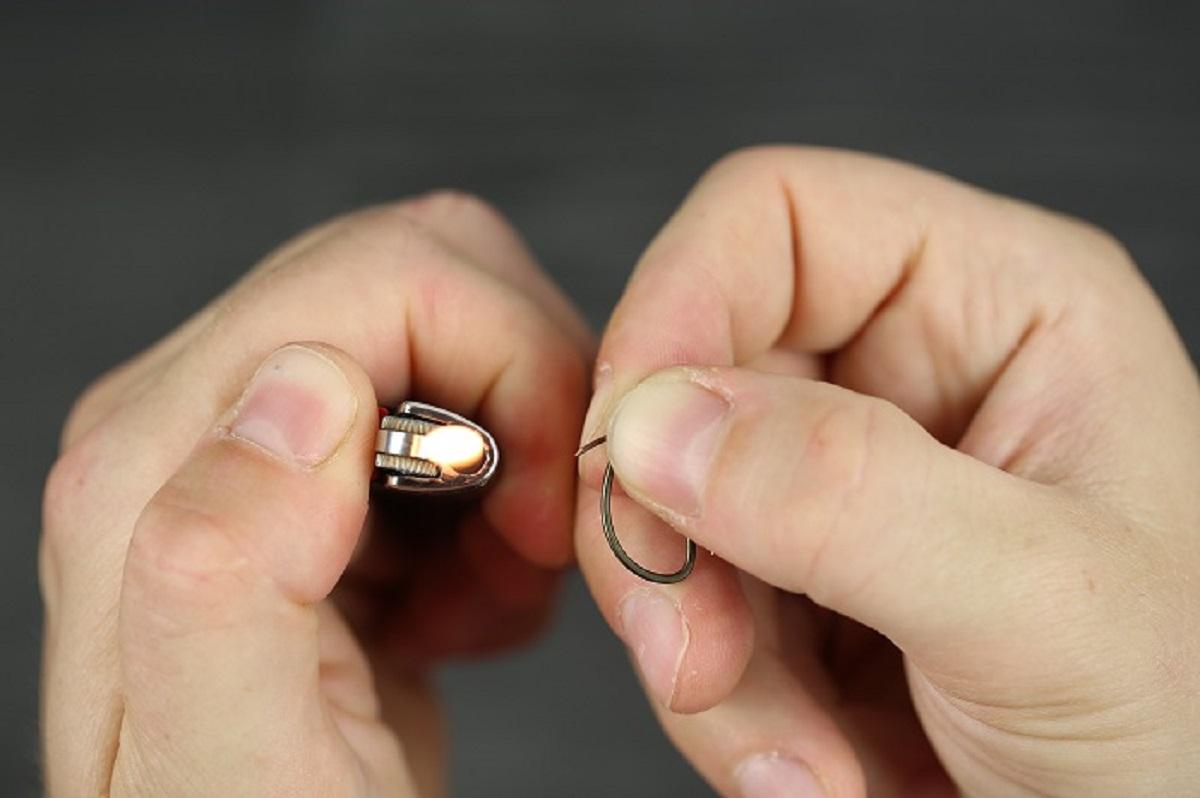 Next thread on a Hookbait Swivel onto the hook shank and secure this in place with a Hook Bead. 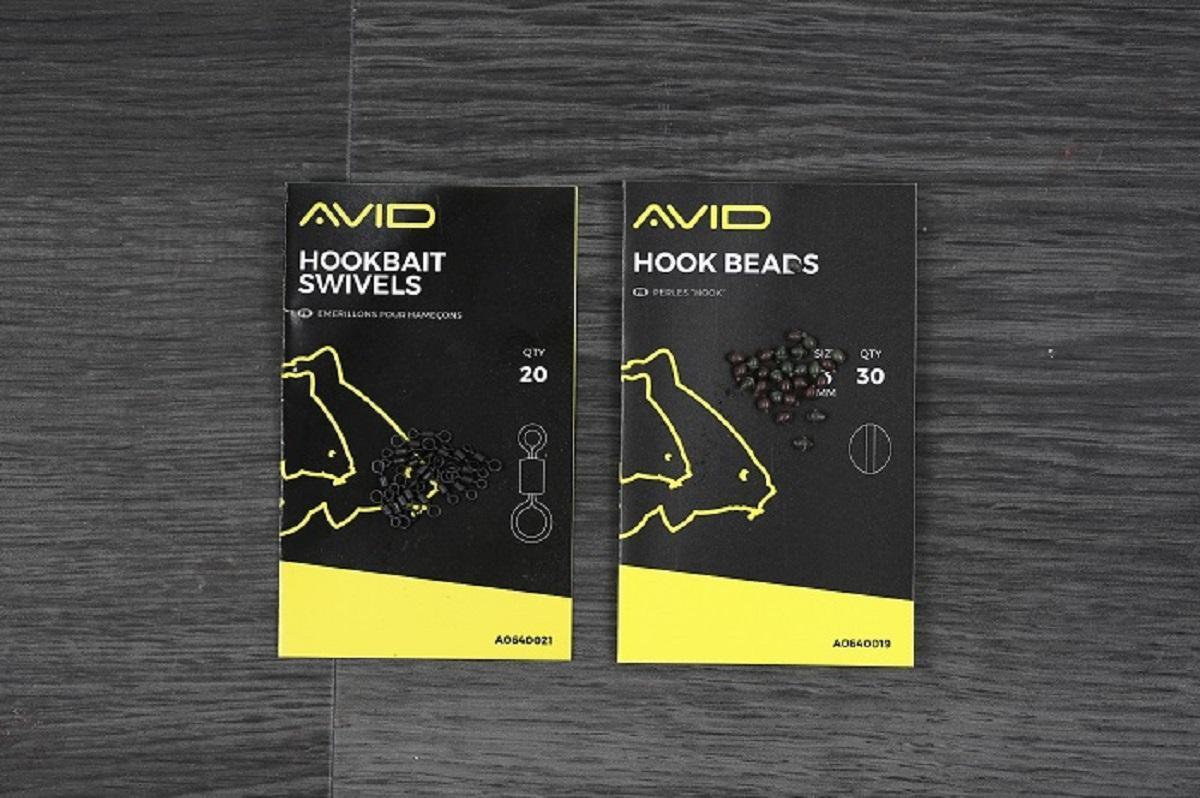 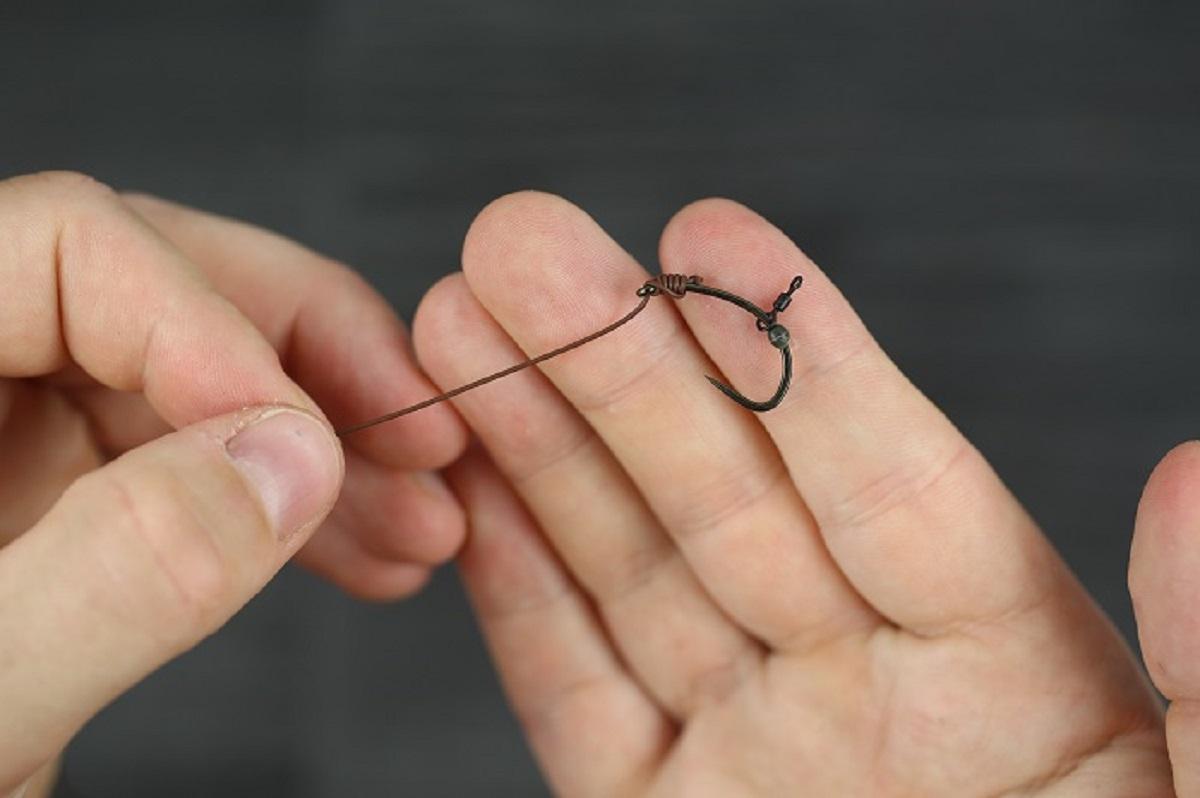 To help pin the hooklink down – and improve the hooking/turning of the rig – add an XL Rig Drop. 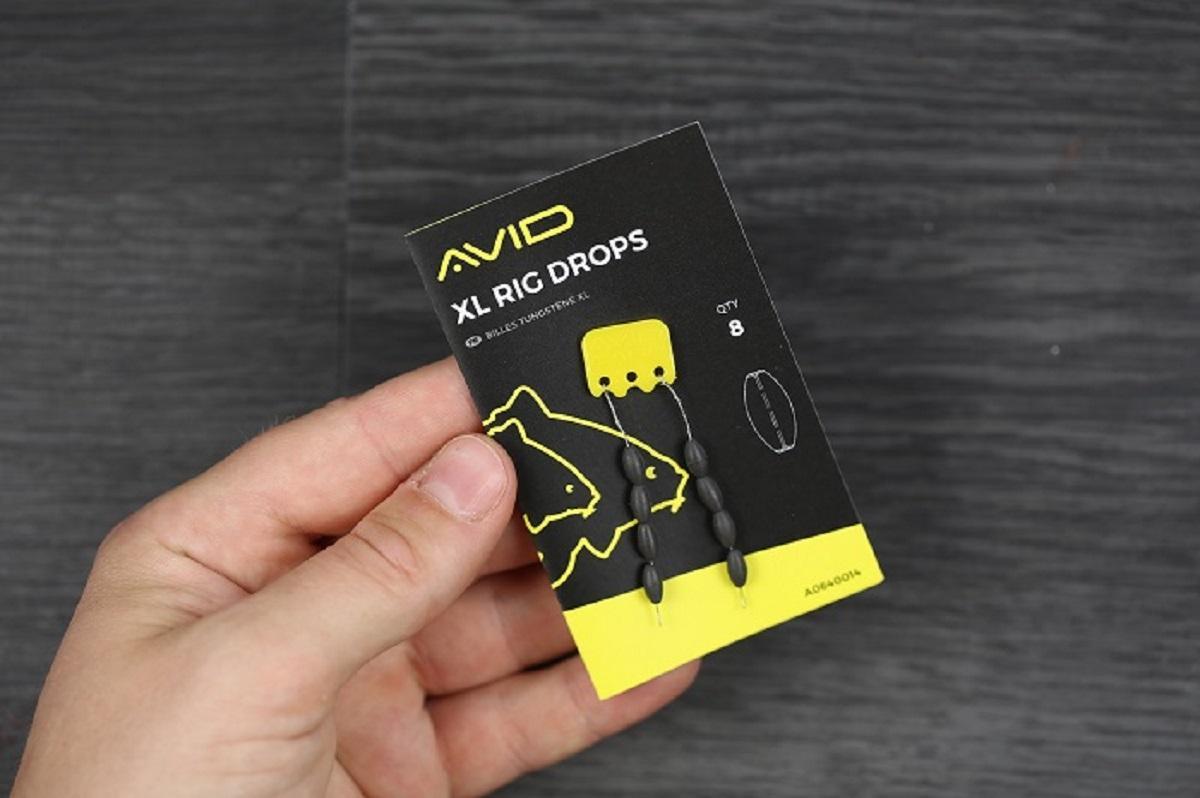 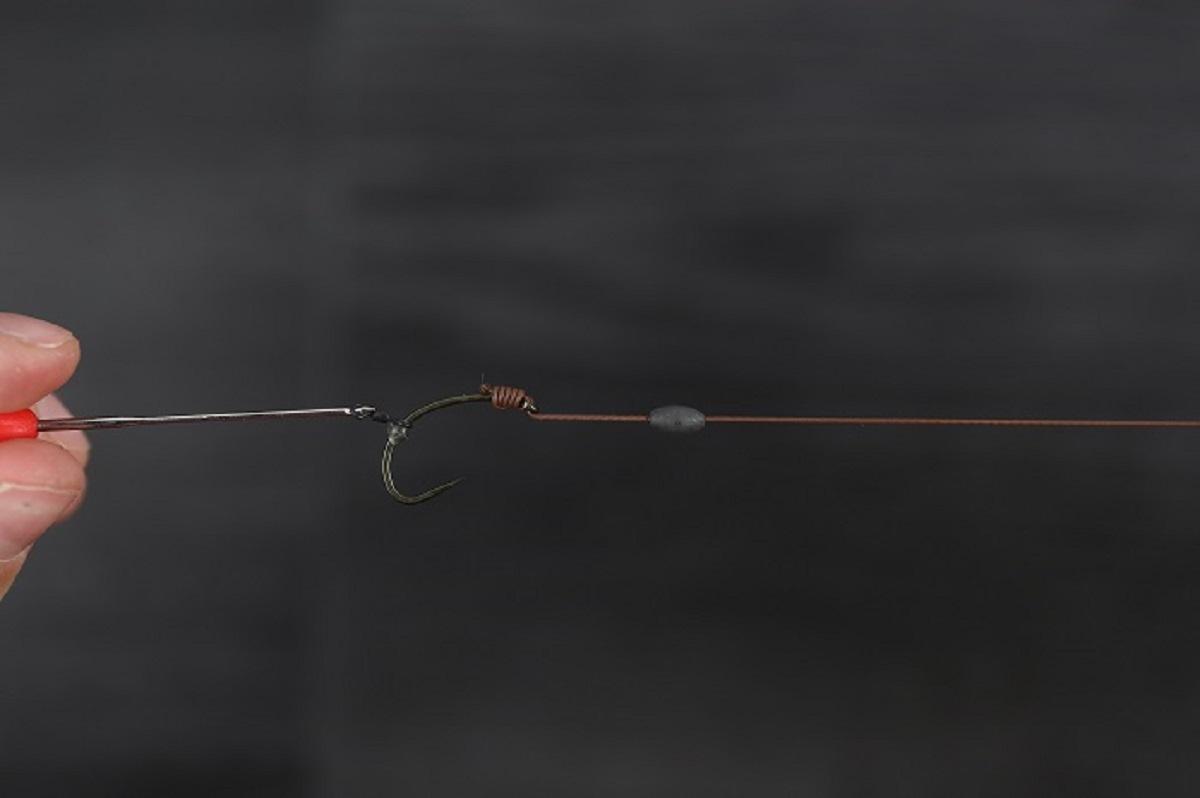 Attach your hookbait using bait floss and the Blobbing Method.

And finally, tie an extra large Figure-Of-Eight-Loop knot in the end and either add an anti-tangle sleeve or loop it onto the swivel. The doubled over section will help kick it away from the lead. 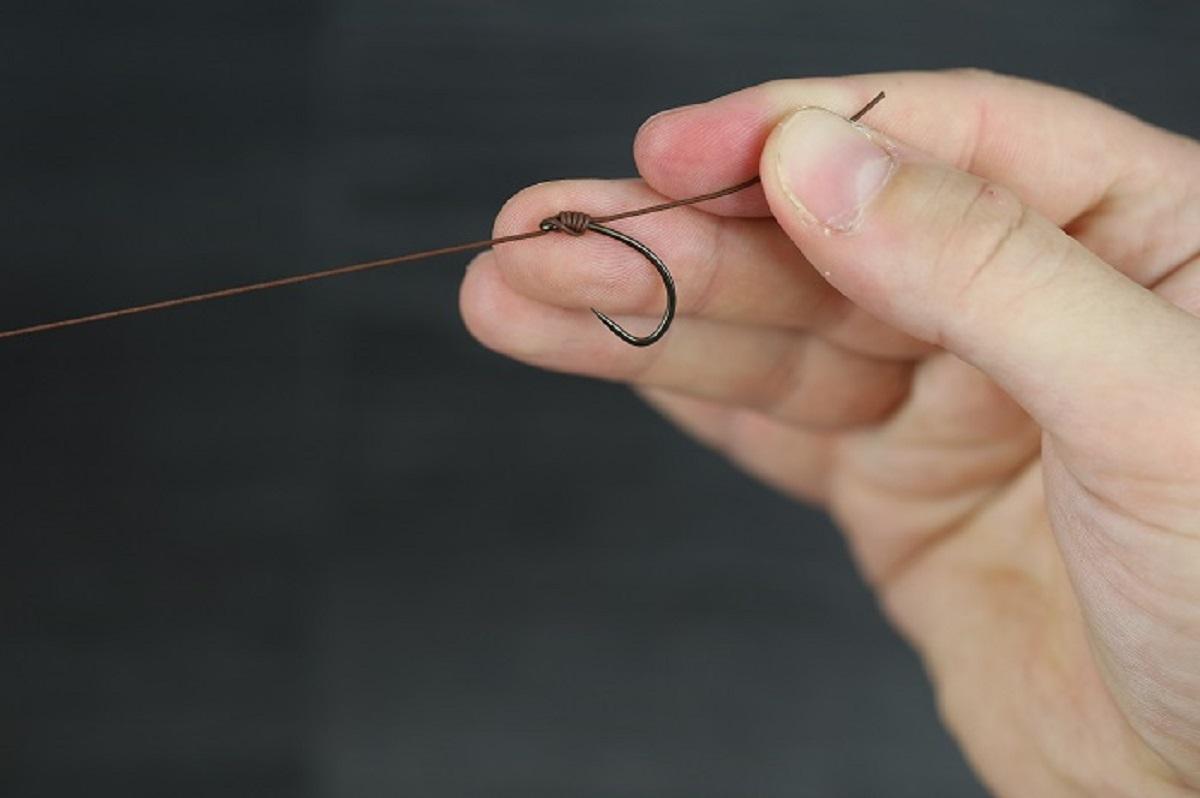