How to approach fishing public carp lakes in France

Fishing public carp lakes in France, or in any foreign country for that mater might sound like a daunting prospect, but the fundamentals are surprisingly simple and you may end up catching a fish you can guarantee your mates won’t have in their album.

Here’s the good news: France is a large country with plenty of waterways and plenty of carp. It also has a really simple permit system and there is a wealth of information available about the more well-known public venues.

The downsides? Well, there really aren’t many. You could argue there is just too much choice when it comes to venues, leaving many British anglers indecisive; and some of the fishing is quite different to the sort of stuff you will encounter on these shores. But we hope this article gives you some inspiration and guidance. 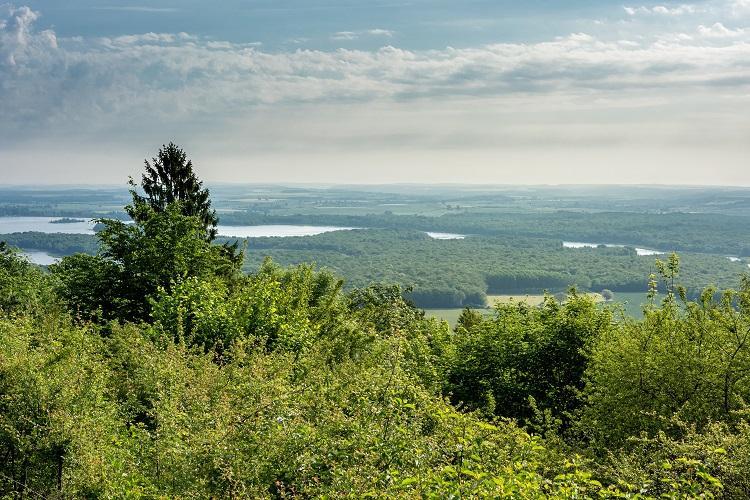 Obtain a permit from the Carte de Pêche

First up, you will need to select either a venue or a region to fish in order to get the correct permit. France’s permit system is called the carte de pêche and, thankfully, you can buy your tickets in advance via a website that has a full English translation. The tickets are grouped by region (hence needing to know where you are looking to fish first) and reasonably priced. You can buy an annual pass, a day ticket or a week-long permit and print it out before you travel making this ideal for drive and survive carp fishing especially if you plan on visiting a few waters.

All this means that you can either pick a rough area of France in which to fish (one that just happens to coincide with a family holiday, perhaps!) or search out a specific venue then buy the local ticket you need. Carp are everywhere in France, and not just in lakes. There are plenty of canals and rivers around the country that hold big fish, and some of the larger flowing waterways appear more like lakes, especially when they have been dammed.

Opening a web browser with a Google Maps and a carte de pêche tab open side by side is a good way to research public carp lakes in France. Find a nice-looking ‘bit of blue’ on the former, then check it can be fished and, crucially, night fished on the latter. Many of the larger rivers have wide dammed sections that are well worth exploring, so it can be prudent to spot a river and see where it goes. However, do be aware that some public lakes are drained down from time to time, so a bit of research can save you a wasted trip. 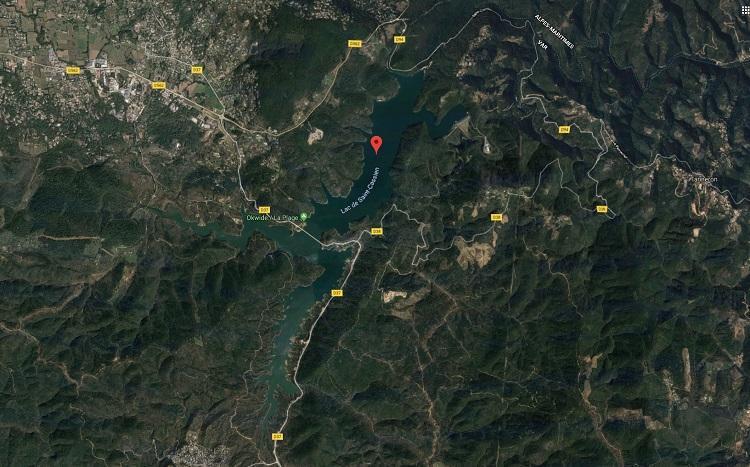 French public carp waters don’t have to be about mystery, either. If you want to soak up some angling history and tread the same path as plenty of legends then venues like the River Lot and huge inland seas like Madine and Cassien are all fishable via the carte de pêche. Information about these sorts of venues is easy to come by, but the venues may be busier and the better spots might be stitched up.

Whether you opt for stepping into the unknown, tackling a well-known water or something in between, there are plenty of things to bear in mind when it comes to the actual fishing.

Public waters, as the name suggests, are not just used by anglers. On most of these venues when fishing in France, especially in summer, you will be sharing the space with cyclists, swimmers and boat users. You will find access to the water’s edge is great in some places and non-existent in others, and purpose-built swims are rare.

On larger waters a blow-up dinghy is essential

With that in mind, it’s worth considering how much gear you will be taking, how close you can park from the water and how comfortable your stay will be. Some of the best fishing on large public lakes is from swims only accessible by boat, so a blow-up dinghy and a small electric outboard motor can be a huge advantage if your budget stretches to it.

If you do go with a boat, then another big boon can be the use of an echo sounder. Locating carp in massive waters is tricky, and even sonar might not be able to help you with that, but an echo sounder can help you find likely looking spots and clear areas in which to present your baits.

On the rivers and smaller lakes, this sort of expensive kit is not quite as essential, and the good thing about the vast majority of French public waters is that once you have found the fish then bites can be relatively easy to tempt. We can’t offer any guarantees, of course, but these fish see far less pressure than most British carp and are often present in large numbers. Feed them, and present a rig effectively, and they are certainly very catchable. The bedrock of most anglers’ loosefeed tends to be boilies, maize and perhaps some hemp. On most public waters you needn’t make things any more complicated than this. 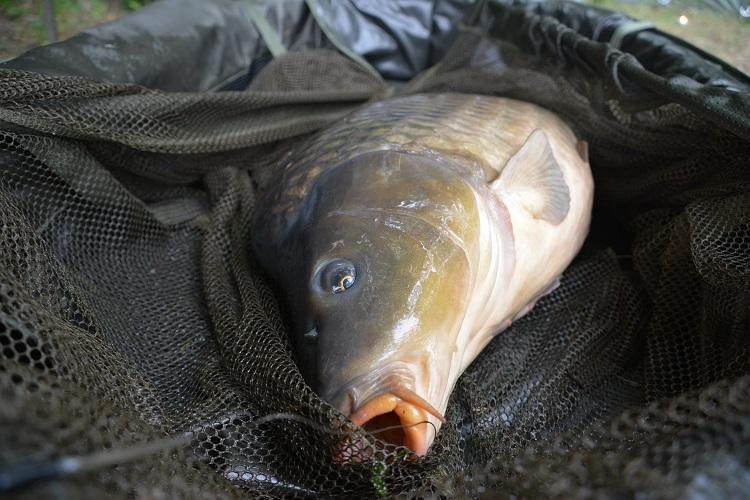 Be prepared for nuisance fish

What you will have to watch out for are ‘nuisance’ species. French bream and tench are just like British bream and tench, but over the Channel you will also encounter poisson chat – literally translated as catfish, but much smaller than the wels we normally catch over here. These little blighters love boilies (though not all of them – some tangy fruit flavours seem less likely to be picked up) and can latch on to your hooks without so much as a beep, rendering your rigs useless. If they cause you problems then consider larger baits, particularly double hookbaits, or try switching to plastic boilies or corn.

Don’t be afraid to beef up your tackle

Lastly, it is crucial not to go in under-gunned when it comes to tackle. French carp can grow to huge sizes, but even the smaller ones – particularly in the rivers – are sinewy fighting machines. Braided mainline and tough shockleaders are well worth considering, as these aren’t manicured fishing lakes with snags removed. Big, strong hooks are also essential. Remember, the fish aren’t pressured so you can afford to err on the heavy side when it comes to rigs.

Aside from that, the beauty of fishing French public waters is the chance to plot your own path and find an adventure. And you never know, the next bite might produce something truly special.